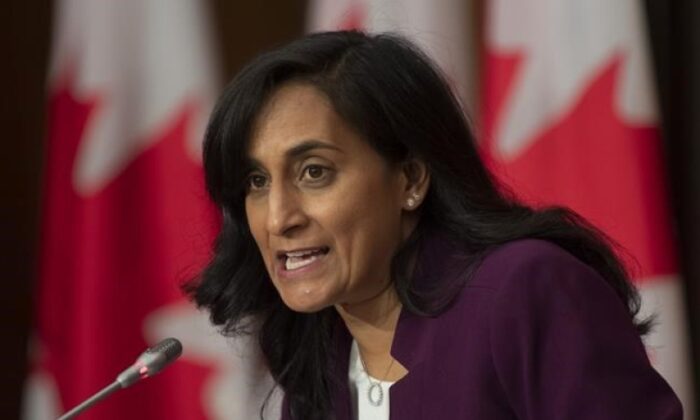 Public Services and Procurement Minister Anita Anand responds to a question during a news conference on October 6, 2020 in Ottawa. Anand says Canada has received a first shipment of 100,000 rapid tests for COVID-19. (THE CANADIAN PRESS/Adrian Wyld)

OTTAWA—Procurement Minister Anita Anand says the first shipment of rapid tests for COVID-19 has arrived in Canada but their eventual destinations remain shrouded in mystery.

Canada signed a deal with Abbott Diagnostics to buy 7.9 million ID Now tests, which can produce results on the spot in under 15 minutes.

The tests are to be deployed to provincial governments but neither Anand’s office nor Health Canada will say which province will get them first, or how many will be shipped wRead More – Source

JobKeeper Recipients May Be Eligible for a Partial JobSeeker Payment.