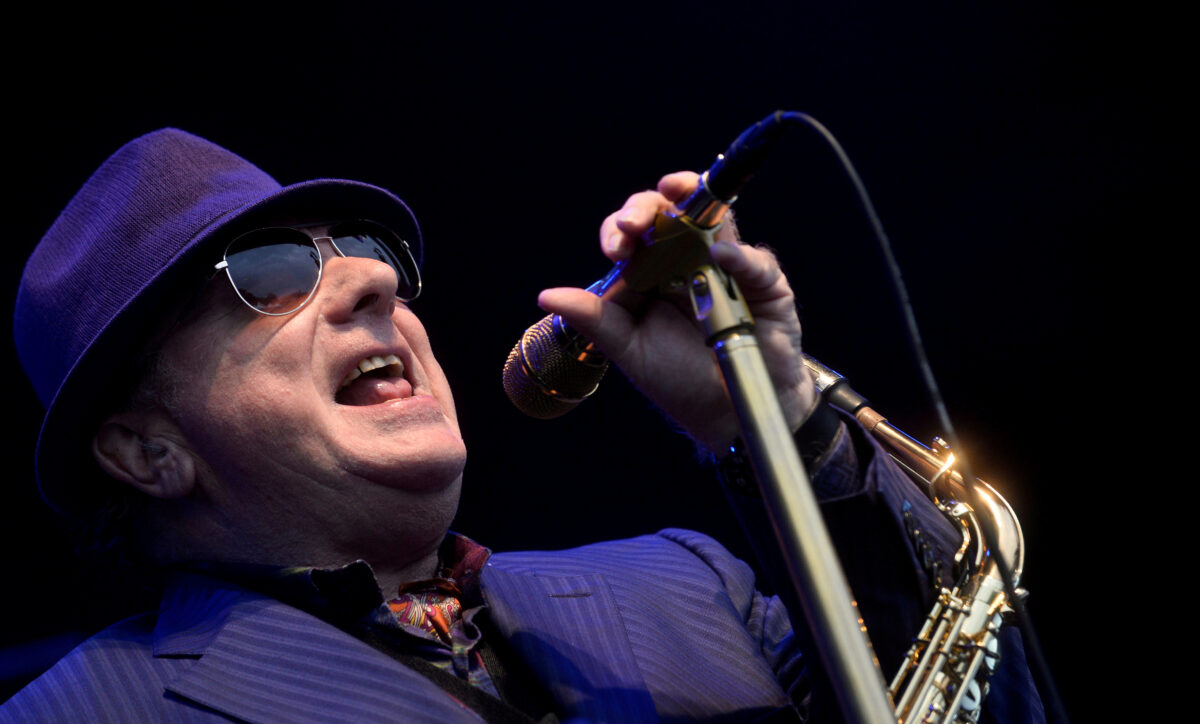 LONDON—Veteran singer Van Morrison blew away the coronavirus blues in London on Friday night with a performance of stirring and soulful music that transported fans back to happier times—and kept the spirit of live music alive.

Morrison, who turned 75 last month, has courted controversy in recent weeks with comments scorning scientists analysis of the coronavirus and complaining about government restrictions on peoples freedoms.

But he steered clear of the subject on stage at the London Palladium and let his music act as an antidote, pulling out songs from his early days in Belfast clubs, jazzed up versions of old favourites, R&B standards, and more recent songs.

The concert, postponed from March and the third in a short run at the theatre, was one of the few shows by a major act that have taken place in London since the pandemic shut down much of the citys nightlife.

Morrison is campaigning for venues to be opened at full capacity. He believes the restrictions are killing live music and could lead to many venues having to shut their doors for good.

Strict measures applied at the Palladium. All audience members had to wear masks and seats were blocked off at intervals to form social bubbles. Bars were closed, although drinks could be ordered and served at seats.

The strange atmosphere, and some trepidation about what mood the often-cantankerous Northern Irishman would be in, were dispelled as soon as he hit the stage.

Early highlights included “Have I Told You Lately” and “Moondance”, both given full swing treatment with Morrison tooting a saxophone in tandem with band leader Paul Morans trumpet.

Wearing a pin-stripe suit, sunglasses, and fedora, Morrison moved from song to song like a man on a mission. He delved deep into his songbook for a Celtic-tinged “St. Dominics Preview” that provided the shows high point and was a reminder of why he is one of rocks most revered figures.

He finished up with an extended version of “Gloria”—for which he placed a cardboard figure of Prime Minister Boris Johnson holding a coronavirus warning sign on the stage.

Glory to Hong Kong: How the protestors got a new song