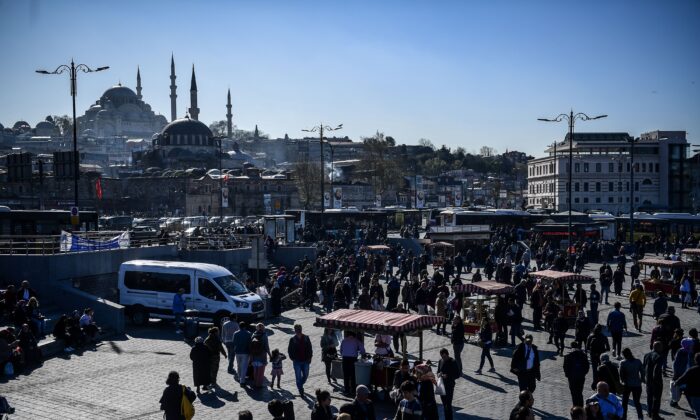 People walk in the district of Eminonu, next to bread and fish street vendors, as the Suleymaniye Mosque is seen in the background during a sunny day in Istanbul, Turkey, on April 3, 2018. (Ozan Kose/AFP via Getty Images)

ISTANBUL—An earthquake measuring magnitude 4.2 hit near Istanbul on Thursday, a Turkish government agency reported, causing some residents to rush outdoors in fear. There was no immediate report of damage or casualties.

The Disaster and Emergency Management Presidency said the quake was centered in the Sea of Marmara, off the town of Marmaraereglisi. It struck at 04:38 pm (13:38 GMT) and was felt in Istanbul, a city of more than 15 million, and other regions.

Many people poured out of their homes or offices, the state-rRead More – Source

China to fly overseas citizens back to virus-hit Hubei province