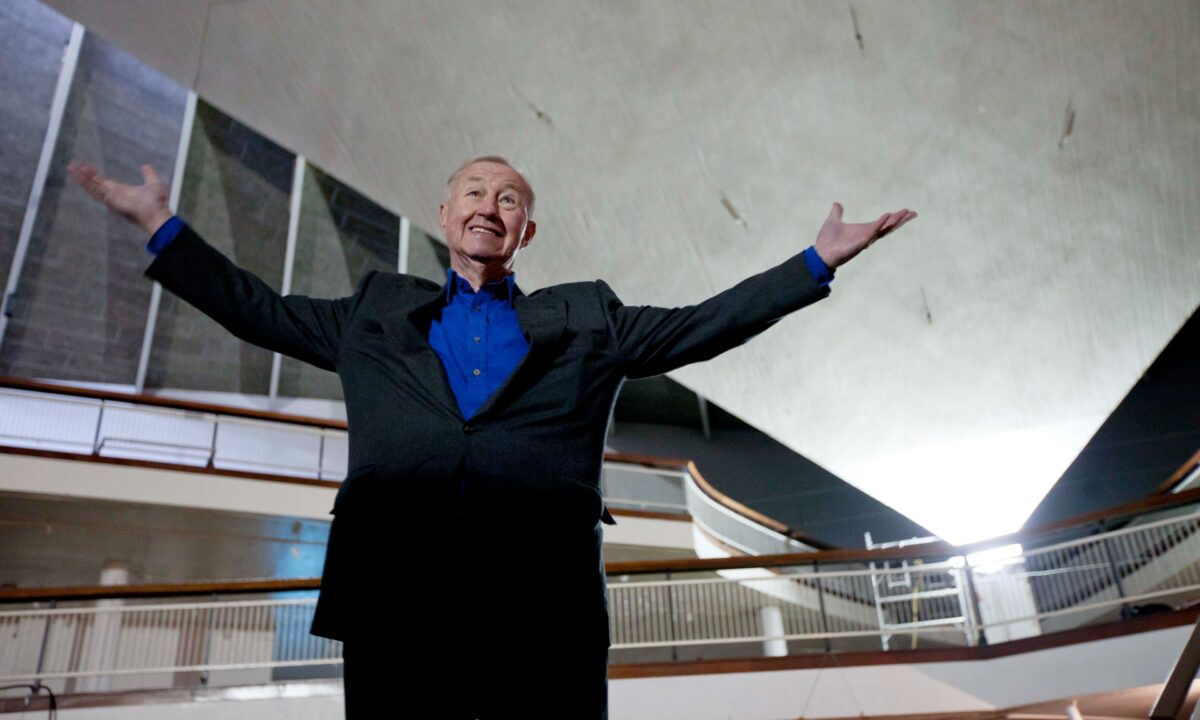 LONDON—Terence Conran, the British designer, retailer, and restaurateur who built a furniture empire around the word, founded The Design Museum in London, and modernized the everyday lives of British people, has died at 88.

In the family statement released by The Design Museum, his family described Conran as a “visionary” who “revolutionized the way we live in Britain.” They said Conran died peacefully at his country home Saturday in Barton Court, west of London.

Through his array of work, Conran, who was knighted in 1983, promoted British design, culture, and the arts around the world.

“At the heart of everything he did was a very simple belief that good design improves the quality of peoples lives,” his family said.

Born in Kingston upon Thames, southwest of London, in 1931, Conran began his career making and selling furniture, including innovative flat-pack furniture. He went on to open restaurants across the capital before launching the Habitat retail chain in 1964 on Fulham Road in Chelsea, which was at the heart of the “Swinging Sixties” phenomenon in the capital.

Among other highlights in his wide-ranging career, Conran bought the Michelin Building on the Fulham Road in London in 1987, refurbishing it to become home for the Conran Shop, Octopus publishing, and the Bibendum restaurant.

Conrans ambitions expanded across the Atlantic. As early as 1976, he opened a Habitat shop at the Citicorp. building in Manhattan under the name Conran. In the 1990s, his international operations grew further, with the opening of a Conran Shop in Tokyo in 1994, followed five years later with one in New York underneath the 59th Street Bridge.

“From the late forties to the prRead More – Source