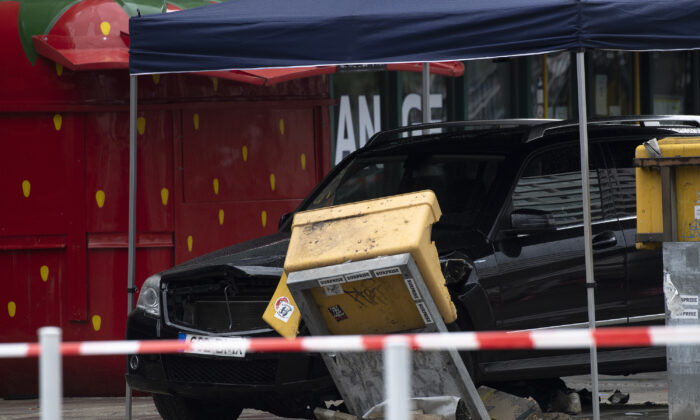 A car is parked after a collision with a group of people at Hardenbergplatz near a destroyed mailbox in Berlin Sunday, on July 26, 2020. The car drove off the road and into pedestrians. (Paul Zinken/dpa-Zentralbild/AP Photo)

BERLIN—Seven people were injured in the German capital early Sunday morning after a driver apparently lost control of his car and drove into pedestrians, authorities said.

The incident occurred shortly after 7 a.m. in Berlins Hardenbergplatz, outside the Zoological Garden train station.

Berlins fire department said on Twitter that three of the pedestrians sustained serious injuries, and that a rescue helicopter was deployRead More – Source