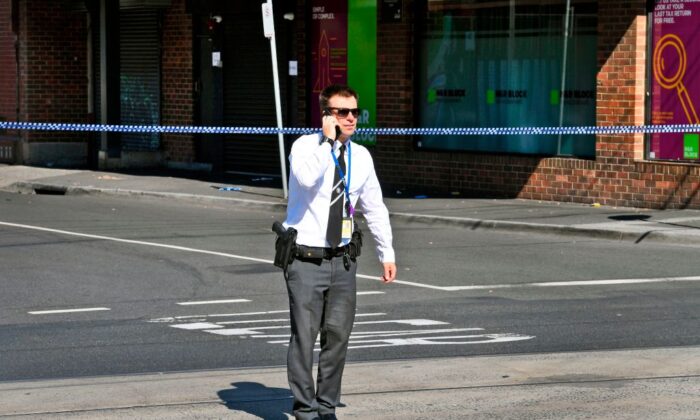 A detective speaks on the phone at the scene where a security guard was shot dead with another man fighting for his life after a drive-by shooting outside a popular Melbourne nightclub on April 14, 2019. (WILLIAM WEST/Getty Images)

A man is dead after a shooting at a home near Geelong.

Emergency services were called after reports of a gun being fired at a Corio property at 4.50am on July 4.