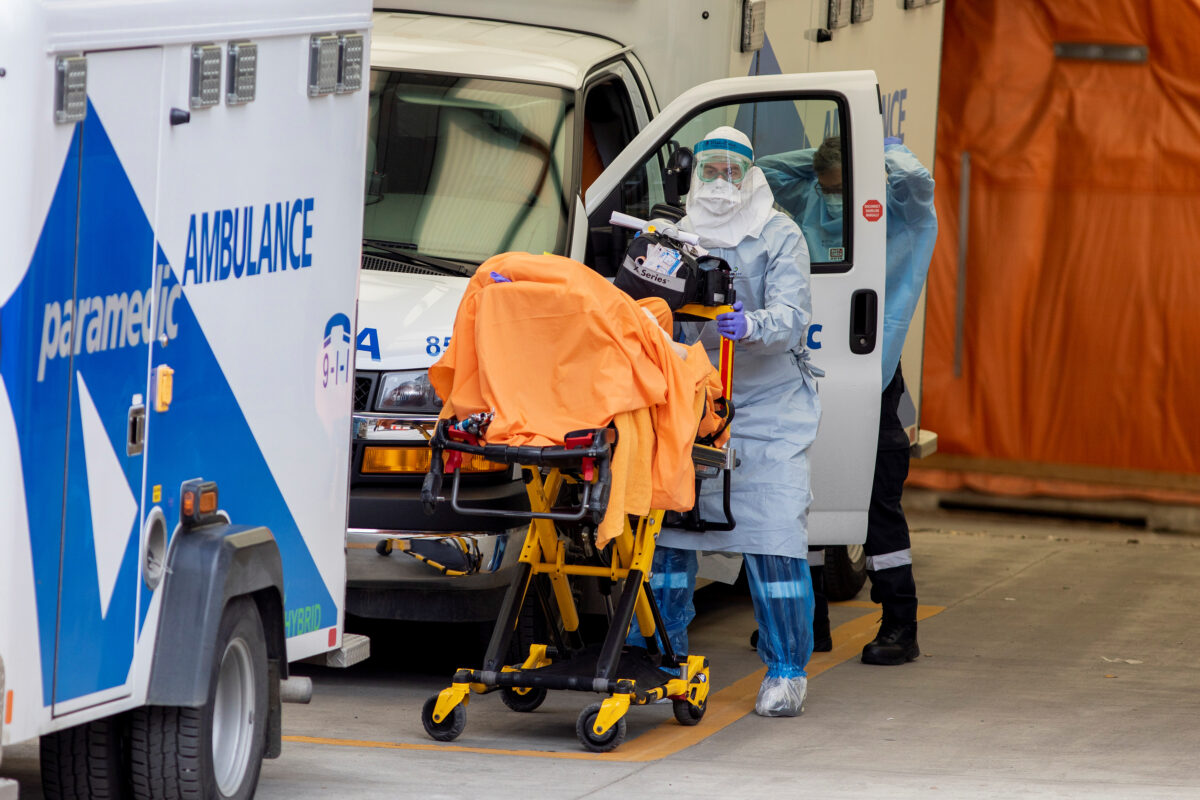 OTTAWA—Canada officially racked up 100,000 cases of the novel coronavirus on Thursday and although the outbreak is slowing, health experts said major challenges remain.

Authorities admit they were not prepared for how fast the pandemic ripped through nursing homes, where more than 80 percent of the deaths occurred.

While the 10 provinces are slowly reopening their economies, major restrictions remain in place in Montreal and Toronto, Canadas two biggest cities.

The province of Ontario on Thursday announced another 190 cases a day after public health agency data showed 99,853 people had been diagnosed positive. That pushed Canada over the 100,000 mark and into 17th place on the global list.

Canada has recorded at least 8,266 deaths, in 12th place worldwide according to data compiled by Reuters.

As the outbreak fades, chief medical officer Theresa Tam expressed concern that people, especially the young, will grow complacent about precautions such as wearing masks.

“Its the sustainability of our response going forward [that] is going to be really tough. We will just have to keep reminding people,” she told a briefing this week.

“The virus hasnt disappeared … what were asking all Canadians to remind themselves is its not normal times. Were not going back to before January 2020.”

Tam worried that cases might surge later this year, which would be especially troubling if it spiked at the same time as an influenza outbreak. She said the country must build up enough capacity to detect and clamp down on any cases and contacts.

Prime Minister Justin Trudeau—identifying complacency as a major threat—said Canadian firms had helped produce a tracing app which would be voluntary due to privacy concerns.

“As we start loosening some restrictions we also have to strengthen other measures so that we dont lose the progress weve made,” he told reporters on Thursday.

Yet experts said Canadas complex multi-layered healthcare system will complicate efforts to beat the pandemic. The 10 provinces each control their own systems and have taken different approaches. Ottawas role is largely providing money.

Lemieux said there had been no consistent national messaging or strategy on measures such as contract tracing and wearing masks.

“We could certainly have a significant setback. I think thats a very real risk,” she said in a phone interview.

“It takes very little to lose the trust of a population, to lose that little bit of credibility.”

Hundreds killed in Brazil’s Amazon over land, resources in past decade: HRW report