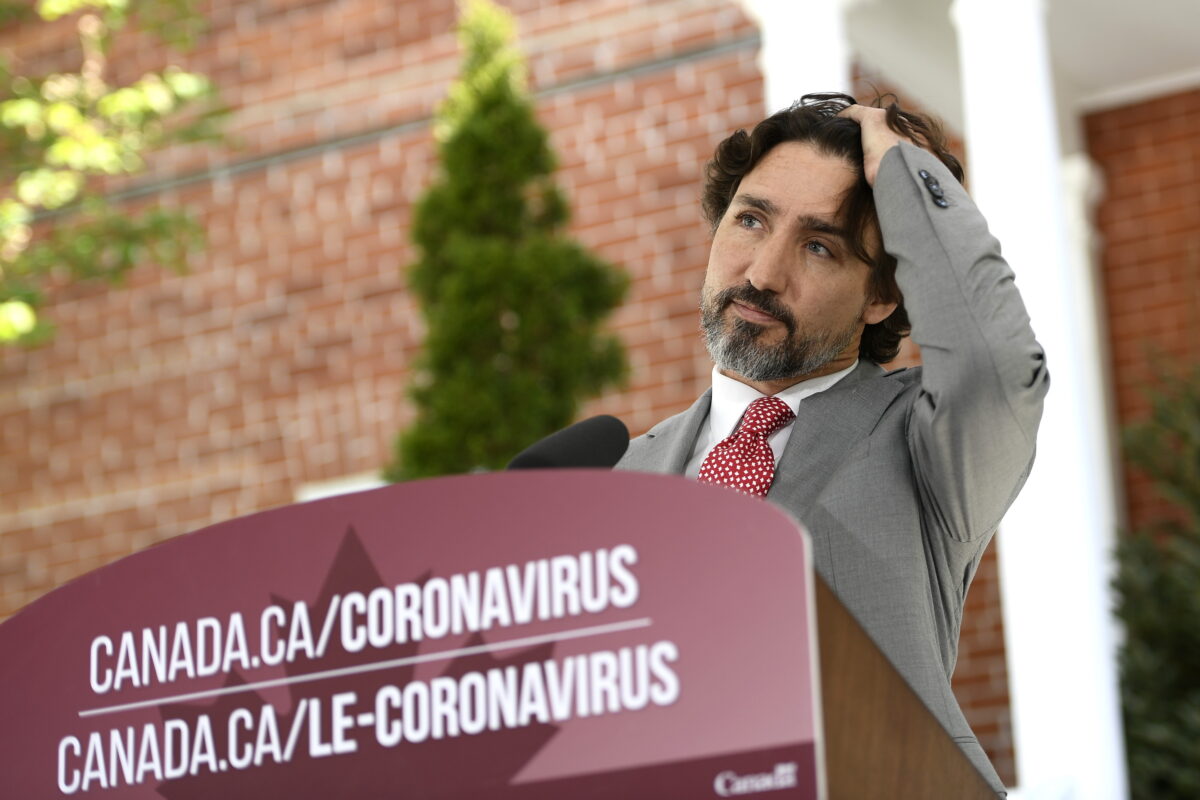 OTTAWA—Prime Minister Justin Trudeau is asking Canadas commercial landlords to buy into a federal program launching next week that would give companies a break on the rent due in only a few days.

Applications open Monday but business groups have warned that leery landlords are unlikely to take part in the program, which is delivered jointly with provinces and territories.

Landlords that do sign up can receive a forgivable loan to cover half monthly rents in April, May and June, so long as they drop rents by at least 75 percent over the same period.

Speaking outside his Ottawa residence, Trudeau said Wednesday that businesses facing a rent crunch will need to hold on through the COVID-19 pandemic and help with an eventual economic recovery, instead of closing up and slowing the rebound.

He said the government “really hopes” commercial landlords will apply for the program, warning that they may find themselves out of cash in the future if they evict tenants now.

“With many people discovering that we can work from home … there may be a lot of vacancies in commercial buildings over the coming months and years. Who knows exactly what the post-pandemic world will look like exactly?” Trudeau said.

“Thats why making sure were supporting the businesses we have now to be able to stay in their spaces as we slowly restore our economy is going to be important, and we certainly expect landlords to be part of the solution.”

The Canada Mortgage and Housing Corporation will handle applications for the program starting next week.

During testimony Tuesday at a Commons committee, CMHC president Evan Siddall said there would be information from the agency about how tenants can convince their landlords to apply for the program. He also said payments to landlords should arrive on time for June 1.

The announcement was one of two the Liberals made Wednesday about aid programs that are providing $151.7 billion in direct spending, and tens of billions more in loans and financing.

Federal figures posted Wednesday show that two of the biggest programs have seen bumps in applicants and payments.

The Canada Emergency Response Benefit now has more than 8.1 million applicants who have collectively received more than $38.4 billion _ pushing the program further over its $35-billion budget.

Meanwhile, a federal wage subsidy program has now approved 215,661 claims for help, providing $5.7 billion in aid to companies to cover 75 percent of wages for almost 2.8 million workers. The program has a budget of $73 billion.

Earlier in the day, the government unveiled details of a bridge financing program for large companies, saying that any receiving loans will have to give the government the option to take an ownership stake, or provide a cash equivalent.

Finance Minister Bill Morneau said the terms will be the same for any company asking for help through the program that opens for applications today.

He said the terms are designed to make sure companies using the program receive bridge loans, not bailouts, to get through COVID-19s economic disruptions.

Publicly traded companies, or any their private subsidiaries, will have to issue warrants giving the government the option of purchasing shares worth 15 percent of the loan, or receiving the equivalent in cash. Privately held companies will pay the same in fees, Morneau says.

“The idea behind the warrant is to make sure that if the firm does well that Canadians, and Canadian taxpayers, share in that upside,” he says.

“The Canadian government will not be required to take that value in shares, it can take it inRead More – Source