Prime Minister Pedro Sánchez calls coronavirus a war that “the Spanish people” must fight together, but in such a decentralized country its proving a challenge to coordinate a common response from 17 autonomous regions with their own health systems.

With the death toll rising at a terrifying rate and Spain set to replace Italy as Europes virus hot spot, Sánchezs precarious leftist coalition has faced resistance from regional leaders, some of whom see his declaration of a state of emergency as a power grab.

He has imposed a strict lockdown, pushed through economic measures worth 20 percent of Spains output, and introduced regular videoconferences with four key ministers and the presidents of the autonomous regions in a bid to improve coordination.

But in contrast to another decentralized European country with devolved powers in areas like health — Germany — some regions question the national leaders authority to a degree that Chancellor Angela Merkel never faces from the 16 German Länder.

“Spains devolved system has hindered having a common strategy to respond to the virus,” said Carlos Ruiz, professor of constitutional law at the University of Santiago de Compostela. 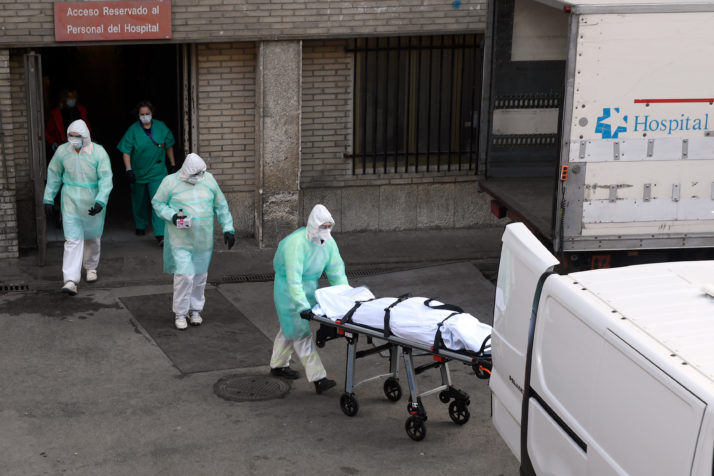 It is also true that the comparatively low death toll in Germany — 172 at time of publication, versus more than 3,400 in Spain — means there is a vast difference in the intensity of public and political pressure on the central government, said José Manuel Vera, professor of constitutional law at the Rey Juan Carlos University in Madrid.

Nothing has triggered greater public outrage in Spain than the plight of elderly people in care homes under the supervision of regional governments, such as the Monte Hermoso center in Madrid where 19 patients died. Troops sent to inspect several such care homes discovered the bodies of elderly patients “absolutely abandoned” in their beds, according to Defense Minister Margarita Robles. The public prosecutor is now investigating.

The virus struck Spain just as it was starting to recover from a decade of recession, with hesitant economic growth underpinned by draconian austerity measures that led to the closure of entire wings of some of the hospitals now at the centre of the epidemic.

Acrimony between the pair intensified as Madrid became the main focus of the virus and the central government took measures, such as the closure of schools, that risked making Díaz Ayuso unpopular with locals.

Not a beauty contest

That friction soon spread across the country as local authorities had to cancel events like the Mobile World Congress in Barcelona and celebrations like Valencias Fallas and the Easter procesiones in Andalusia, costing them of hundreds of millions of euros.

With Sánchez then appearing on national TV to announce billions of euros in assistance for desperate workers and businesses, there followed “a bit of a race” among regional leaders to announce measures of their own, said Foreign Minister Arancha González. She emphasized, however, that it was La Moncloa that fronted the most unpopular measures including the virtual confinement of Spains 47 million residents to their homes.

“Of course its been tough to postpone the regional elections in the Basque Country and Galicia, and having to cancel the Fallas or the Mobile World Congress, but I think any responsible politician understands this is part of their responsibilities,” González said.

“Those who see this as a way of doing party politics, or as a beauty contest, are not gauging the mood of the people. We are at a critical moment in our modern history and we need politicians up to the challenge,” the minister told POLITICO. 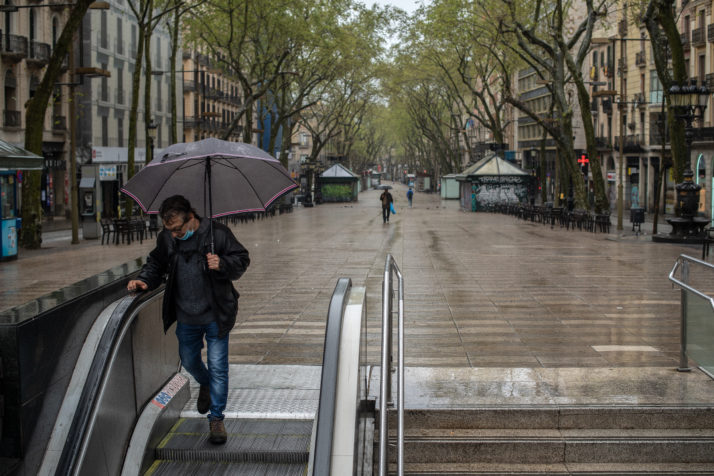 Some experts like Vera at the Rey Juan Carlos University say the decision to declare a state of emergency was “taken too late, taking into account what was already happening in Italy.”

The minister denied that Spain had been slow to respond, though she added, “A decentralized country requires a higher level of coordination and dialogue than those which are strongly centralized.” Devolution could also be an advantage in that decisions taken closer to citizens tend to be more effective, González argued.

Inevitably, tension is highest with Catalonia, where Quim Torras pro-independence government distrusts Madrids initiatives. When the Spanish government plastered the press with full-page ads calling for national unity against the virus in mid-March, Barcelona saw it as a bid to promote a centralized state, using the crisis as an excuse. When troops were deployed to disinfect Barcelonas El Prat airport, they got jumpy too.

On Wednesday, the central government announced the purchase of health equipment from China worth €432 million, to be distributed among the regions.

BBC presenter Rachael Bland says she has only ‘days’ to live

Why are opioids still given for chronic pain?