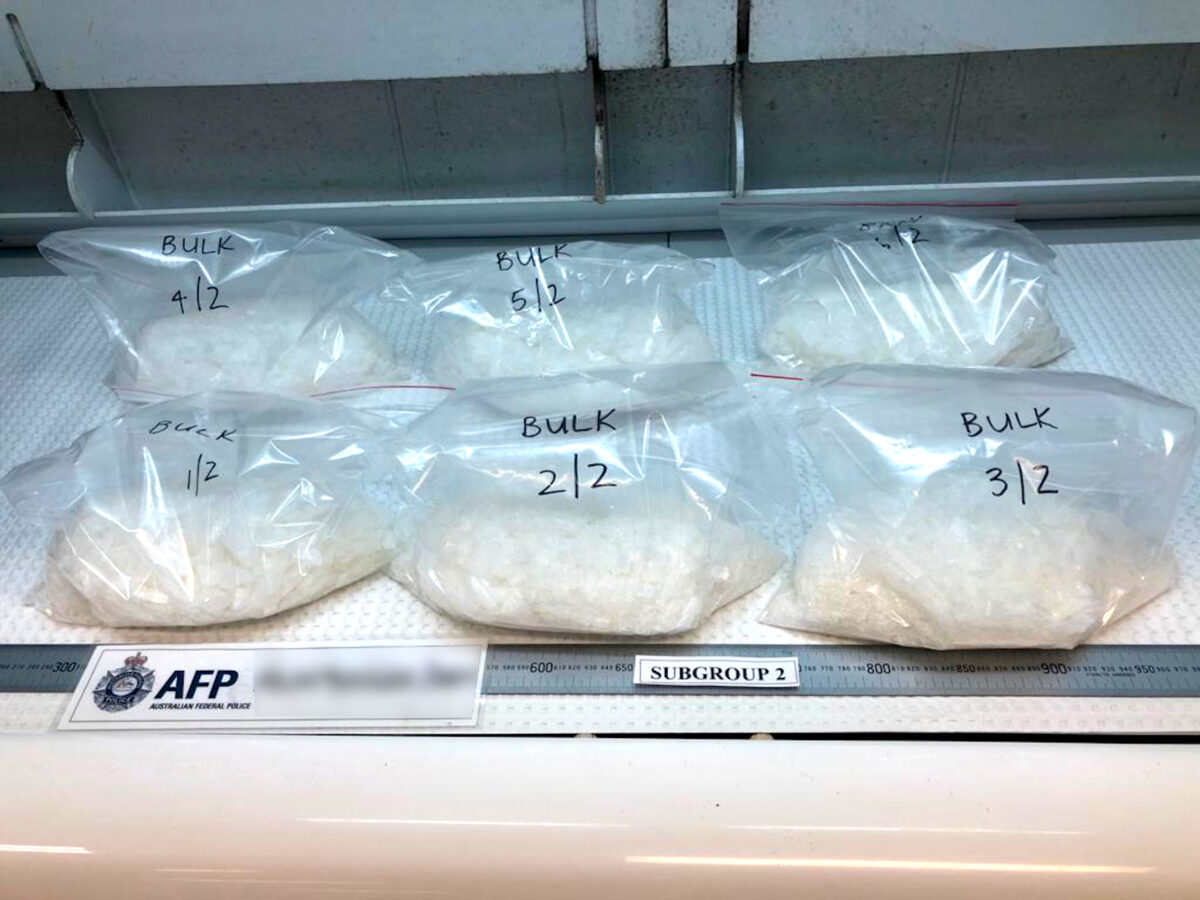 A coordinated nationwide Australian police operation into the methamphetamine supply chain last week has yielded “troubling insight” into the continuing demand in the country for the drug.

According to a police announcement, authorities carried out “a detailed intelligence analysis of trends in methamphetamine importations through the mail system,” which they “used to build a picture of potential targets for law enforcement activity throughout the operation.” They said that syndicates who use the postal system to import methamphetamine have been put on notice.

The Australian Federal Police (AFP), Australian Border Force (ABF), the Australian Criminal Intelligence Commission (ACIC), and state and territory police forces, as part of their weeklong operation—known as Operation Syndal, which started Feb. 17—carried out five arrests, 26 search warrants, and 46 deterrence door knocks, as well as searched or scanned more than 10,000 mail items, according to the Feb. 24 announcement.

“In NSW alone—over the six months from July to December 2019, the AFP recorded approximately 143.52 kg (316 lbs) of methamphetamine seizures that had been sent through the mail stream and detected by the ABF,” the announcement said.

Large individual busts in the operation include the find of some 4.7 kg (10.3 lbs) of methamphetamine in a raid in Victoria, and the seizure of 1 kg (2.2 lbs) in the lining of a mail item from Mexico that was headed to an address in Sydney, NSW. Further arrests and charges have not been ruled out.

AFP detective acting superintendent Robert Jenner said that authorities made a total of more than 100 drug seizures through search warrants and screening packages.

“This operation gave us a troubling insight into the continuing demand for meth in our community and how criminal networks will go to any length to try and meet that demand,” Supt Jenner told reporters in Sydney, reported the Australian Associated Press (AAP).

“When you consider some of the postal seizures are as small as 0.2 of a gram (0.007 oz) of meth, this is a serious number of importations flooding our borders,” he said. “These seizures were analyzed, and together with Read More – Source

Russia Passes Bill Allowing Putin to Stay in Power Past 2024

Iran warns it will ‘destroy aggressors’ after US troop announcement