ROME — Italy is asking: Why us?

There are no clear answers as to why the country has been hit harder by the coronavirus than anywhere else in the EU, with more than 320 confirmed cases and 10 deaths. But there is no shortage of theories and proposed solutions, proffered by experts and by politicians ranging from Prime Minister Giuseppe Conte to far-right leader Matteo Salvini, adding to the confusion.

The irony for Italians is that their government was one of only two in Europe to suspend all direct flights to and from mainland China because of the outbreak. While that measure sounded tough, scientists and World Health Organization experts repeatedly made clear that such restrictions are ineffective as people can still arrive from risk areas via indirect routes.

For some experts, the greatest threat to Italy is not from the coronavirus itself but from the panic that has followed — with potentially serious repercussions for the economy and tourism sector.

Areas most affected have been placed in lockdown. Hundreds of public events, including the yearly Venice carnival, have been canceled. Schools and offices are closed throughout the northern regions of Lombardy and Veneto.

The finance ministry has suspended tax collection in towns at the center of the outbreak and is working on measures to support businesses.

Prominent virologists have suggested the virus is only slightly more severe than regular influenza but media coverage has fed alarmism. “This craziness will be very harmful especially from an economic standpoint,” Maria Rita Gismondo, who heads a unit at Milans Sacco hospital analyzing thousands of coronavirus tests, wrote on Facebook.

The finance ministry has suspended tax collection in towns at the center of the outbreak and is working on measures to support businesses. Finance Minister Roberto Gualtieri said Monday night it was too early to assess the economic effects of the outbreak but his deputy, Laura Castelli, said Tuesday Italy may have to ask the EU for some budget flexibility if the emergency persists.

Scientists have not been able to agree on an explanation for the prevalence of the coronavirus in Italy partly because they have not identified a so-called patient zero who first brought it into the country.

“I dont know why Italy was hit so severely, but there are a couple of hypotheses,” said Roberto Burioni, a virologist at Milans San Raffaele University who rose to prominence in recent years for his battles against anti-vax campaigners. 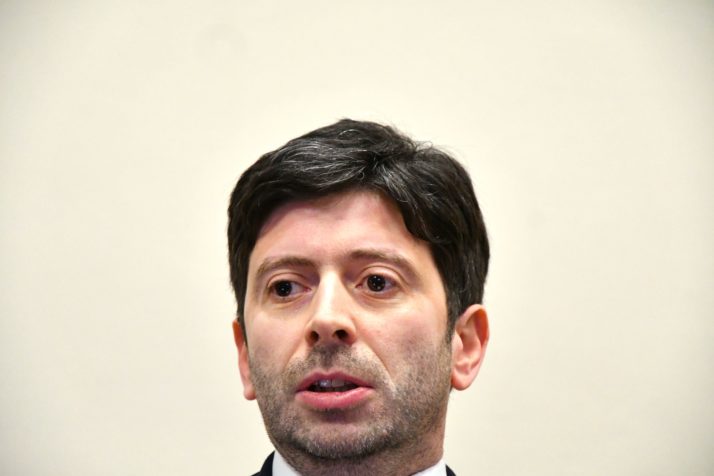 “There could be so-called super-spreaders in the country who infect up to 30 people each [as opposed to an average of 2.2]; the other possibility is that the virus has been circulating for a while and we didnt realize it,” he said.

Burioni added, “Infected people should be isolated as soon as possible, which is why it was pivotal to keep an eye on people returning from China.”

In January, the virologist was among the first people in Italy to say everyone returning from China should be quarantined. In a sign of how the response to the outbreak has become entangled in the countrys febrile politics, he was branded a fascist and a supporter of Salvinis far-right League party on social media.

“This is not the bubonic plague, but its not the flu either, which is why containment is key and Im sorry there hasnt been a common European response to the emergency,” said Burioni.

Walter Ricciardi, the Italian health ministrys coronavirus adviser, told a press conference on Monday the situation may have deteriorated because health policy is decided at the regional level — and different regions took different measures instead of sticking to international protocols.

Some commentators suggested Italy had more confirmed cases because it had run more tests than other countries. Ricciardi, a member of the WHOs European advisory committee on health research, said Italy ran 4,000 tests while France tested a mere 300 people — but the U.K. tested over 6,500 people, selected according to different criteria, with only a handful of positive results.

Conte has sought to reassure Italians and foreign visitors that the country now has the necessary measures in places.

Prime Minister Conte said Monday night that the virus spread because one hospital in Lombardy did not follow protocols and the government may have to revoke regional health policy powers.

Governor Attilio Fontana pushed back against the criticism and one of his party colleagues, League MP Riccardo Molinari, declared, “Contes statements are fascist. He better take a rest, too much stress leads him to talking nonsense.”

However, virologist Burioni said the fact that several doctors have been infected suggested something may indeed have gone wrong at the hospital level.

Conte has sought to reassure Italians and foreign visitors that the country now has the necessary measures in places. “These measures will be able to contain the outbreak, Italy is a safe place for nationals and tourists alike,” he said Tuesday.

Much of the reaction to the outbreak, however, has been anything but calm.

Greek commissioner to speak out on bribery allegations