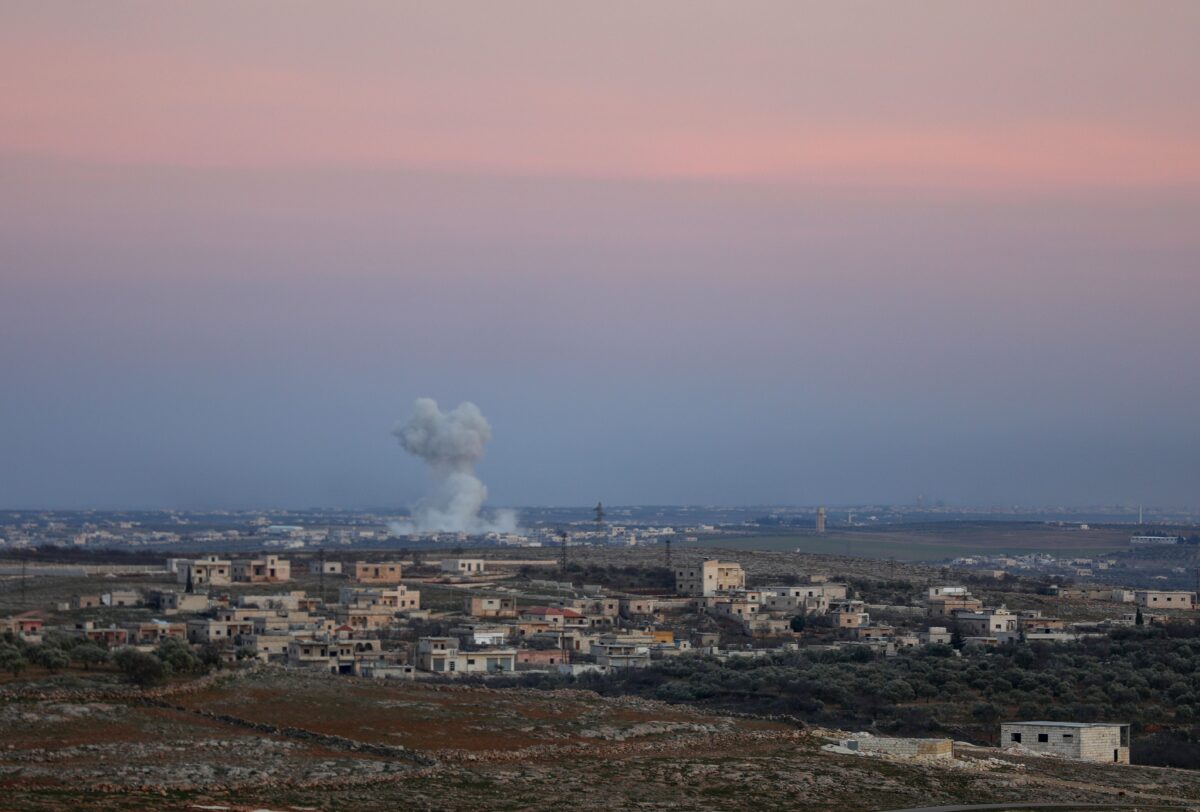 The U.S.-led coalition to fight ISIS terrorists said that its troops fired shots in northeastern Syria after they came under fire from unknown assailants, according to a statement on Tuesday.

“After coalition troops issued a series of warnings and de-escalation attempts, the patrol came under small arms fire from unknown individuals” in Qamishli, said Colonel Myles Caggins, a spokesman for the coalition, in a statement.

One U.S. soldier suffered a “superficial scratch” while operating equipment during the incident, he said. The soldier has since returned to duty, the spokesman said.

Syrian and Turkish media claimed one person was killed in the shooting at the checkpoint and that U.S. warplanes had subsequently carried out at least one airstrike.

Residents said a Russian patrol from a contingent in Qamishli airport was sent to the village, which lies in an area in northeast Syria where Russian, U.S.-backed Syrian Kurdish forces, and the Syrian army all have a presence, Reuters reported.

Caggins statement made no reference to airstrikes.

Syrian state-run media SANA said a civilian was killed in the incident and blamed U.S. forces.

The Syrian Observatory for Human Rights, a UK-based monitoring group, said that in the incident, “regime loyalists gunmen fired in the air, and then U.S. patrol fired smoke bombs. The incident has evolRead More – Source

Trump calls himself defender of unborn children at anti-abortion rally