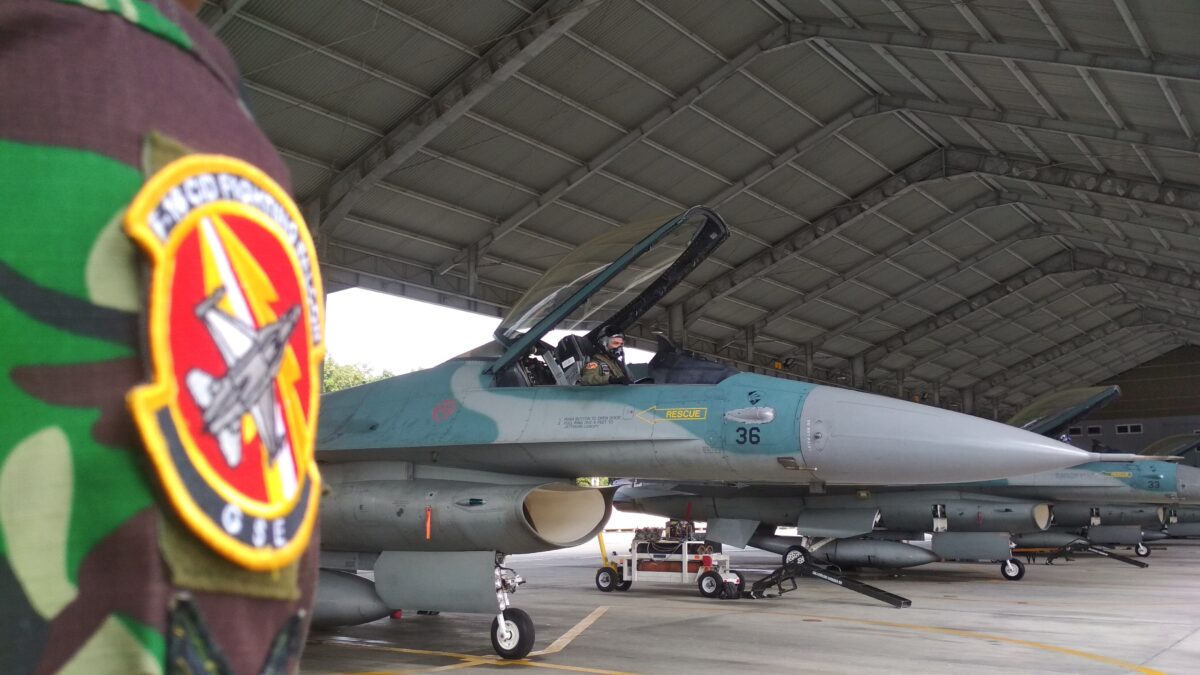 Indonesia is retaliating against Chinas use of tens of thousands of “Little Blue Men” to harass South China Sea traffic by enlisting its own fishing fleet as a maritime militia.

Jakarta lodged an official diplomatic protest to Beijing on Dec. 30 in response to three China Coast Guard and approximately 63 fishing vessels entering Indonesias 200-mile exclusive economic zone (EEZ). Indonesias waters include the 272 islands of the Natuna archipelago that lie in the strategic confluence of the South China Sea to the north and northeast, Karimata Strait to the southeast, and Strait of Singapore to the west.

The China Coast Guard vessels were pursued out of the area by Indonesian Navy corvettes, but the fishing armada have remained on the fringes of Indonesian waters in what has developed into a protracted stand-off over Chinas 2009 declaration to the United Nations for “historic maritime rights” to a U-shaped “nine-dash line” extending about 1,200 miles south of its mainland. Chinas claims encompass 90 percent of the South China Sea and would take away huge swaths of Indonesia, Philippines, Vietnam, Malaysia and Brunei EEZ territorial waters.

China has organized its civilian fishermen into militarized maritime militias, commonly known as “Little Blue Men.” Although the UN denied its “nine-dash line” declaration in 2016, China has used swarms of “Little Blue Men” to take over and militarize artificial islands in the Spratly Islands and other South and East China Sea locations.

With the worlds largest fishing fleet comprised of over 220,000 motorized vessels and 2,500 boats capable of traveling to “distant waters,” one of the first military initiatives by Chinese leader Xi Jinping was making a historic visit in 2013 to Hainan Provinces Tanmen Maritime Militia to reinforce the patriot role of all maritime workers.

Over the next year, Tanmen was supplied with military communications equipment. In addition, 32 days of conventional training, 18 days of intensified training, and 9 live-fire training sessions were held. The structure was extended to the 3.7 million workers in Chinas fishing collectives that were organized into militia units and trained to assist the navy, coast guard, and other maritime law enforcement agency to protect Chinas maritime interests.

The sheer numbers and complex integration of “Little Blue Men” has frustrated other nations efforts to protect their territorial waters. China parked an oil rig near the Paracel Islands and illegally started drilling. The incident sparked deadly riots in Vietnam, but the ship continued drilling for 135 days. Last March, a Chinese fishing boat <a href="https://<a href=https//www.theepochtimes.com/indonesia-mobilizes-its-own-little-blue-men-in-china-stand-off-over-disputed-waters_3198806.html>Read More – Source</a></p>_