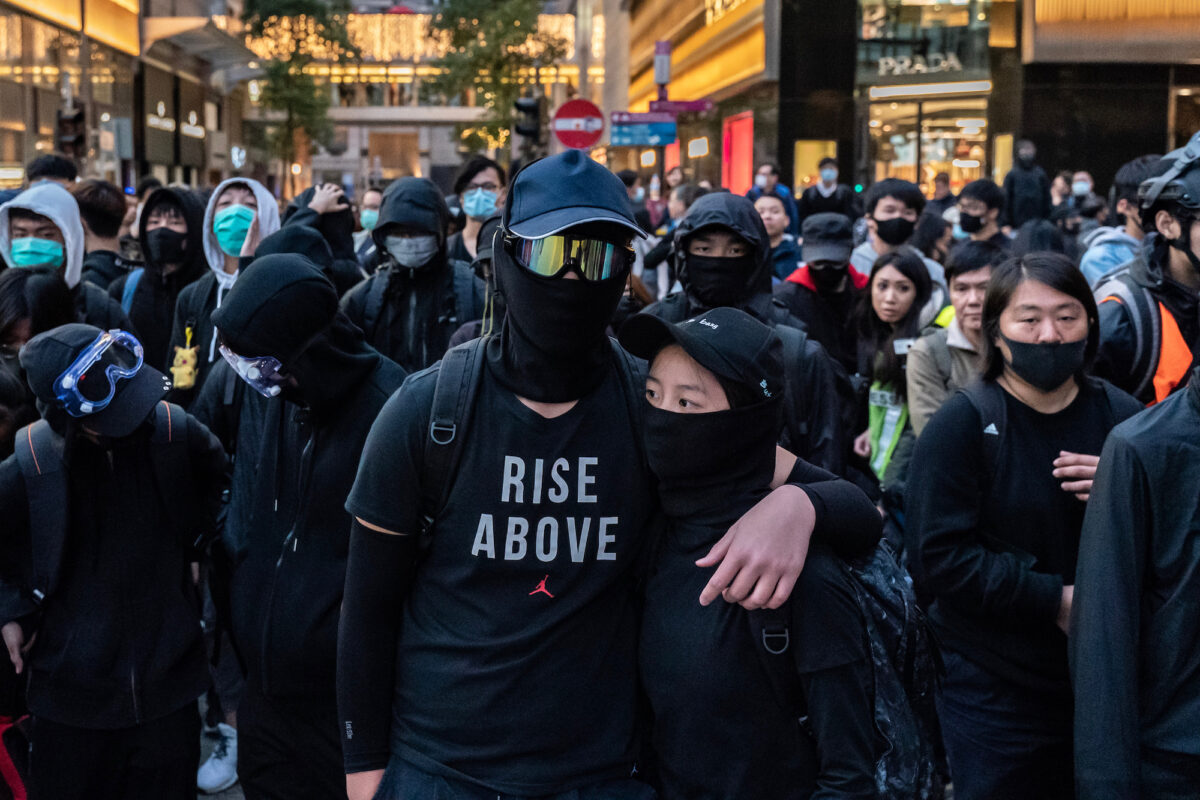 HONG KONG—Netizens in Hong Kong planned for a strike action on the morning of Dec. 9 in 10 local districts, hoping to set up road blocks and disrupt public transportation on the six-month anniversary of the mass protests.

Roughly one million people had turned up for a march on June 9, opposing a now-withdrawn extradition bill that sparked public outrage as it would have allowed the Chinese regime to transfer individuals to the mainland for trial in Communist Party-controlled courts. The event set off months of ongoing protests.

Police were spotted in multiple locations where netizens had planned strike action, including in Mongkok, Wanchai, Causeway Bay, and Tai Po.

At Mongkok around 7 a.m. local time, police in riot gear were seen stopping citizens and questioning them.

Near Nathan Road at around 8:40 a.m., someone pushed the emergency stop button on a local bus. Police in riot gear then appeared and entered the bus, inquiring about the incident. They eventually left.

Meanwhile, at Tai Shui Hang metro station, one male was arrested on suspicion of trying to damage a train car, according to local media outlet HK01. And at the Kai Tin shopping center in the Lam Tin neighborhood, police suddenly rushed out and arrested a male. The situation surrounding the arrest remains unclear.

At the Tuen Mun metro station around 7:30 a.m., dozens of protesters wearing facial masks blocked train doors from closing, according to HK01. A group of people who said they were there to protect the railways then got into an argument with the other group. Police arrived to calm the dispute. By roughly 8 a.m., train services resumed.

The strike campaign ultimately did not fully take off due to a lack of participation.

The day prior, roughly 800,000 participants took part in a march through downtown Hong Kong to reiterate their demands for the Hong Kong government to investigate police use of force and enact rRead More – Source