If you forget to change your clocks this weekend, you can probably blame Jean-Claude Juncker.

The outgoing European Commission president last year promised that spring 2019 would be the last time the whole of Europe would have to alter their watches for the bi-annual time change. But now the soonest countries will get around to deciding whether to scrap the change will be 2021, after some capitals complained Junckers bid was too much, too soon, without a proper impact assessment.

“Its really annoying that things are going on for so long,” said Peter Liese, a German MEP from the center-right European Peoples Party. “I am really frustrated that the member states are not doing their job.”

For many Europeans, the bi-annual clock change is an irritation in spring when it means a shorter night, and a welcome reprieve come the winter season when it means an extra hour in bed. But for others — especially in Germany, where opposition is high — it is a pointless switch that disrupts sleep, upends farming regimes and makes the streets more dangerous. It also presents an administrative challenge: Staff at Germanys rail giant Deutsche Bahn will spend the weekend switching 120,000 clocks back at thousands of stations across the country.

With uncertainty lingering, Finland — which currently holds the presidency of the Council of the EU, and backs scrapping the time change — is hoping to get countries in December to commit to making a decision in 2021.

U.K.-based road safety charity Brake estimates there are 10 percent more accidents in the few weeks after the October time switch.

POLITICO took at look at whether sticking with Sundays time change is worth it.

Daylight saving has the potential to boost demand at ice cream parlors, golf courses and other recreational businesses, along with retailers that can ring up extra sales during sunlit leisure time. But the overall economic picture is debatable.

Stock markets have felt the effects, according to a 2000 paper in the American Economic Review. Disrupting traders slumber could cost $31 billion, in the form of lower returns for the Friday-to-Monday period around a clock change, the authors argued. While some researchers disputed the trading-hit figures, others have pointed to a more general effect of sleep deprivation, regardless of the season, leading traders to make risky decisions.

A survey from German health insurer DAK said that typically 18 percent of employees are late to work after the time change — no matter whether the clocks went forward or back.

Farmers are an oft-cited reason in favor of the clock change given its designed to maximise the use of daylight hours. In fact, farmers for years remained largely opposed to daylight saving time amid concerns about the impacts on farming schedules and animals biorhythms. 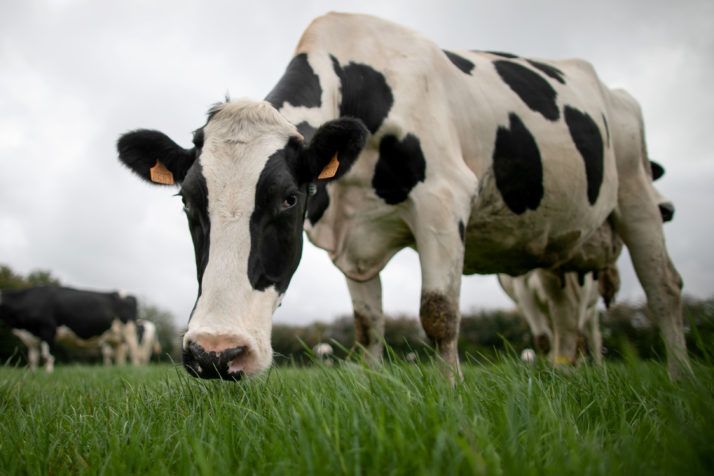 “For cows, its hard to understand that they need to be milked one hour earlier or later,” Transport Commissioner Violeta Bulc said | Lou Benoist/AFP via Getty Images

They argue it could reduce milking yields as cows stick to their natural rhythm. “They are like most humans, they are not receptive to change,” dairy farmer Katie Dotterer-Pyle told the Associated Press last year. “They are very habitual animals, they like to do the same thing every day.”

Most farmers seem to have bigger things to worry about. The National Farmers Union of England and Wales said it “has no strong views on whether we should or should not put the clocks back. The last time we tested opinion among our members there was a narrow majority in favor of lighter evenings.”

But the Commission is continuing its push on behalf of the animals. “For cows, its hard to understand that they need to be milked one hour earlier or later,” Transport Commissioner Violeta Bulc said when backing Junckers proposal.

Early dusk means less visibility on the road and more risk of road accidents. U.K.-based road safety charity Brake estimates there are 10 percent more accidents in the few weeks after the October time switch as drivers get used to darker evenings.

“The conclusion was that the lighter afternoons, evenings you get from sticking to year-round summer time would lead to less road deaths overall in the U.K.,” said Dudley Curtis from the European Transport Safety Council. However, he cautioned that might not hold in sunnier southern countries.

Changing clocks doesnt do anything to save the planet these days, even though it was first introduced as part of efforts to limit coal use for lighting.

Studies have pointed to an increase in crime during darker evenings, too.

Bad for your health?

Junckers effort to end daylight saving came after a record 4.6 million people responded to an EU survey — some 3 million of them German. Almost one in three Germans say they experience physical and mental discomfort due to the time change, according to the

‘I lost my left ear to my tanning addiction’

Pioneering CJD treatment to be used on British patient