LONDON — Over the past 24 hours hopes of a Brexit deal look to have faded. The two sides are as far apart as they have ever been.

Last week, the U.K. government finally put forward concrete proposals for changes it wants to the provisions ensuring there is no hard border on the island of Ireland — the so-called backstop. These came far too late and seem to have been widely rejected by the EU. Both sides have doubled down on their red lines and upped the blame game.

Yet in the U.K. Cabinet and in governments across the EU, there remains a strong desire to see a deal.

Despite the noise, there is still a very narrow path to a deal that both sides might be able to live with. But getting there requires compromise, pragmatism and flexibility — qualities which both sides have lacked at points over the past three years. Even this path will likely prove too much of a compromise, given Prime Minister Boris Johnson has promised to pull the U.K. out of the European Union by October 31.

This is not my ideal outcome but simply a route to a deal based on both sides position in recent weeks. For this reason, I will take the latest U.K. proposals as the starting point.

There are two major challenges with the U.K.s proposals: the mechanism designed to give Northern Ireland a say and the viability of the customs solution.

Let me start with the positives, which should be acknowledged by the EU side. The U.K. has recognized that Northern Ireland aligning with EU rules and regulations on agrifood and industrial goods will likely need to be part of any solution.

The U.K. has also focused in on the Northern Ireland backstop — the mechanism designed to avoid a hard border between Northern Ireland and the Republic of Ireland — and, by definition, accepted the rest of the Withdrawal Agreement negotiated by Theresa Mays team.

However, there are two major challenges with the U.K.s proposals: the mechanism designed to give Northern Ireland a say and the viability of the customs solution.

The U.K. rightly argues that asking Northern Ireland to indefinitely accept rules and regulations over which it has no say is both undemocratic and risks falling foul of the careful balance struck in the Good Friday Agreement. 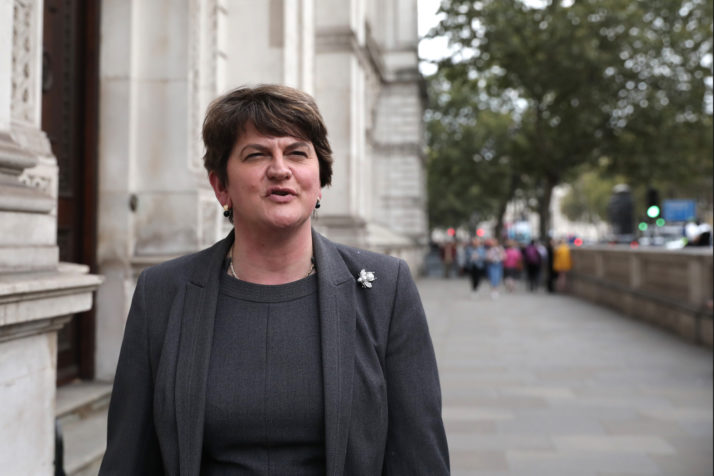 However, Johnsons plan goes too far the other way. By allowing the Democratic Unionist Party (DUP), thanks to its role in any Northern Ireland Executive and Assembly, an essential veto over whether the alignment on agrifood or industrial goods regulation ever comes into force and a veto every four years thereafter, a clear imbalance is created. Indeed, the default if the DUP do not agree will be to revert to a no-deal situation on the island of Ireland, raising the prospect of a hard border. This means continuous DUP approval is needed.

Moreover, the consent process only applies to certain parts of the new draft of the Northern Ireland Protocol — agrifood and industrial goods regulation, not customs and VAT.

Fortunately, these problems are far from insurmountable. Fundamentally, it is hard for the EU to disagree with some form of consent.

In seeking to find a solution to this problem it is worthwhile, as always, to return to the approach taken in the Good Friday Agreement, which provides for a check on consent if at any point in the future it looks as though both communities no longer support the status quo. Importantly, it ensures no single party in Northern Ireland has a veto.

We can apply this principle again here. Rather than being a continuous process of “opting-in,” there should be a consent mechanism which triggers an “opt-out” of the arrangements for Northern Ireland if, at some point in the future, they no longer enjoy support across the nation.

This would shift the default from being a no-deal scenario. It would provide for a trigger point to begin a new negotiation to find a way to address the unique circumstances regarding the border on the island of Ireland at some point in the future and would function as an exit mechanism, not holding Northern Ireland to EU standards indefinitely.

Furthermore, this principle of consent should be expanded to all aspects of the deal relating to the Irish border.

Of course, these institutions are currently suspended following a government breakdown and so a referendum could provide a fallback option if they are not up and running again in time.

Furthermore, this principle of consent should be expanded to all aspects of the deal relating to the Irish border. Far from being a hindrance to either side, a fair and balanced consent mechanism could provide a way through the second and far more difficult challenge: customs.

Finding a way through the customs issue will require both sides to bend red lines.

The U.K.s current proposal essentially sees customs checks taking place away from the border on the island of Ireland and has four key problems, which are now fairly well reported. First, it requires significant exemptions from EU law on customs procedures, something which the EU has previously rejected due to the precedent it would set and because they believe it could undermine the integrity of the single market and customs union.

Second, this would be further exacerbated by a wider exemption for small and medium-sized businesses from customs processes altogether.

Third, the proposal would mark a significant shift to the way of life on the island of Ireland and create huge administrative burdens and costs for business on both sides. That is why the proposals have been roundly rejected by businesses in Northern Ireland. 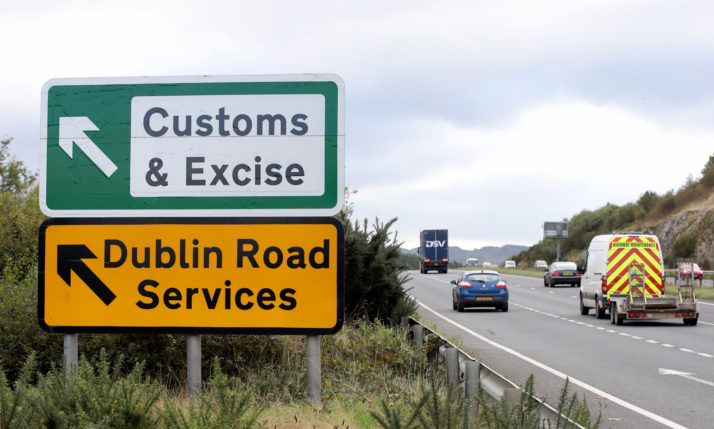 Signs point to an old customs and excise area on October 1, 2019 on the border between Newry in Northern Ireland and Dundalk in the Irish Republic | Paul Faith/AFP via Getty Images

Fourth, the plan risks not fitting with international law. At a minimum it would require a renegotiation of the Common Transit Convention (CTC) to allow checks to take place away from the border and/or to avoid the need for the transit document checks to be done at a physical office. The previous U.K. government tried to negotiate this during its accession to the CTC but failed to do so, partly due to EU opposition.

Furthermore, depending on the exact implementation, there are valid concerns as to whether the proposals meet World Trade Organization and World Customs Organization rules regarding the necessary checks involved in customs procedures between different customs territories.

Fundamentally this is not a technical issue but a political one.

As the history of negotiations in Northern Ireland demonstrates, it is almost always impossible to find a solution that meets the red lines of all sides. Any solution is usually a complex compromise which gives everyone something to hold onto but meets no ones goals entirely. This time is no different.

First, both sides should agree a set of objective criteria on which any “alternative arrangements” for avoiding a hard border on the island of Ireland will be judged and make a legal commitment that their primary aim will be to secure such arrangements by the end of the transition period.

However, in the unlikely event that such arrangements cannot be put in place in time, both sides should agree that Northern Ireland will, as a fall back, remain in both the U.K.s and the EUs customs territory. This would need to be recognized in the legal text now, and would allow flexibility around when and where customs documentation and any physical checks need to take place.

The obvious place would be at entry points onto the island of Ireland such as ports and airports. This alone though would not be acceptable so needs to be supplemented by arrangements to minimize any checks on products moving from Great Britain for sale in Northern Ireland.

Given time is short, agreeing the legal text on all these points is unlikely to happen in time to allow the U.K. any hope of exiting on October 31.

There are two possible approaches here — both of which have already been worked on by the U.K. government. The first would be to adopt a “channels”-type approach not unlike systems that currently exist at airports, which would see goods destined for sale in NI going through a green channel while those for sale in Ireland would head to a red channel where necessary checks could take place. There would need to be significant increases in spot checks in the market to provide some assurance that goods being sold in Ireland have met all the necessary checks and requirements.

The second would be to adopt an approach that sees all customs procedures being completed up front but allows businesses that sell products in Northern Ireland to reclaim any differential in tariffs between the U.K. and EU. This would be similar to the New Customs Partnership previously proposed for the entire U.K. but purely on an island of Ireland basis, where it has a much greater chance of success (similar proposals have been put forward recently by the author and journalist Martin Sandbu).

Given time is short, agreeing the legal text on all these points is unlikely to happen in time to allow the U.K. any hope of exiting on October 31. However, the text could include legal commitments to the principles, and make clear the binding obligations on both sides to negotiate the detail during the transition period.

This will require tRead More – Source