This article is part of “Health Care 2024,” a survey-driven series of online debates in which POLITICO explores how the European Union can best tackle health policy.

Europes most commonly used illicit drug has moved from the coffee shops of Amsterdam to mainstream political debate. But EU governments remain deeply divided in their attitudes to cannabis.

In this installment of Health Care 2024 — a series of symposiums asking leading experts to weigh in on the health care priorities for the next European Commission — POLITICO asks: Whats the right path for Europe to take on cannabis, and where does Brussels role lie?

Maria Arena is a Socialist member of the European Parliament from Belgium.

Over the past 20 years, there has been a surge of interest by patients and scientists in using cannabis and cannabinoids to treat conditions ranging from cancer pain to depression to sleep and neurological disorders. As a result, most EU countries allow, or plan to allow, the medical use of cannabis or cannabinoids in some form.

But theres great variation across the bloc in terms of which products are authorized and how regulatory frameworks govern their supply. Often possession of small amounts of recreational cannabis has been decriminalized but the sale and production remains prohibited. The result is something of a policy paradox. Efforts to ban recreational cannabis have failed to curb consumption in Europe, but it remains difficult to access for medicinal purposes.

Theres great variation across the bloc in terms of which products are authorized and how regulatory frameworks govern their supply.

A better approach would be to legalize cannabis production, sale and use within a public monopoly framework so that we can control consumption and enable prevention. The state would set the price higher than it is today to guarantee stability in the number of consumers and the quantity consumed. This option would generate also significant tax revenues and reduce public spending on law enforcement.

To be sure, various experiments with legalization are already underway, including in Luxembourg. But a wider European approach would help consumers further by guaranteeing phytosanitary standards. It would also provide stronger guarantees for the patient, a better knowledge of the products for doctors and more investment in research. In addition, legalized production would create economic opportunities in agriculture.

Bart Morlion is president of the European Pain Federation EFIC.

Chronic pain affects around one in five Europeans. Its management is challenging, and treatment strategies are urgently needed. However, we have to treat cannabis and cannabis-based medicines with caution in the context of chronic pain.

We have to treat cannabis and cannabis-based medicines with caution in the context of chronic pain.

A distinction must be drawn between recreational and medical use, as well as the legal and regulatory issues underpinning both issues. Smoking cannabis should not be recommended by any medical professional. Nevertheless, trained medical professionals may reasonably consider the use of cannabis-based medicines — such as oils, capsules or vaporized substances — for chronic neuropathic pain.

We also need further research to understand the role that cannabis-based medicines could play within chronic pain treatment. EFIC will continue to monitor and organize education for responsible use of cannabis in the context of multidisciplinary and multimodal pain treatment. For now, clinicians should remain vigilant and seek further education and training to guide their patients.

Alexandra Curley is head of insights at Prohibition Partners.

From a regulatory perspective, Europe resembles the United States in its patchwork of inconsistent regulations. This provides a variety of changes, some of which can be addressed through cooperation between neighboring countries. For example, a government might permit patients using medicinal cannabis to bring it with them on holiday, even if its not legal in the country theyre visiting. Others might make allowances for producers to use their airspace and ports when importing and exporting their product to markets where it is legal.

From a regulatory perspective, Europe resembles the United States in its patchwork of inconsistent regulations.

But what Europe really needs when it comes to medical cannabis is an overarching infrastructure at the EU level that would facilitate trade, data-sharing and the cross-border transport of supplies. This approach can only succeed if individual countries put in place dedicated medical cannabis agencies. There is already a marked difference between the success of the industry in countries with dedicated agencies, such as the Netherlands, Germany and Canada, and the struggling markets of countries without them, including the U.K., Ireland and France. 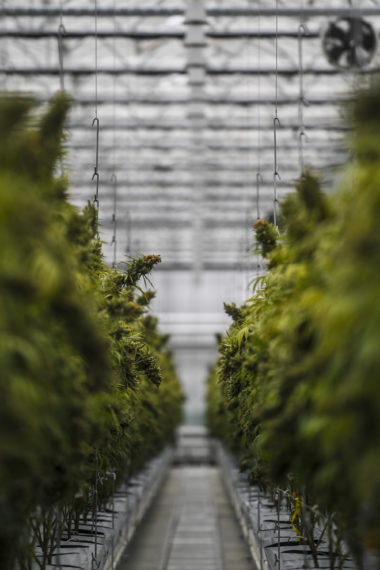 Some of the pitfalls that pioneering countries have fallen into can be avoided with the monitoring of consumer trends and market patterns. Brussels has the opportunity to write the European rulebook and set the rules for the broader European market.

Piernicola Pedicini is a member of the European Parliament from Italys 5Stars Movement.

The debate over the legalization of recreational cannabis is divisive, but it shouldnt hold back much-needed legal developments regarding the medical and industrial uses of cannabis.