Call it the paradox of Margrethe Vestager.

Europes top competition official has gained a global reputation as Silicon Valleys tormentor-in-chief, doling out high-profile judgments and multibillion euro fines against some of the biggest brands in the tech industry.

And yet, even as the Danish politician prepares to take on an even more powerful role in the next European Commission, its unclear whether shes made much of an impact on the regions digital economy.

More than a decade after Brussels first started its investigations into Google, the search giant remains Europes dominant player, with few signs that Vestagers efforts — including a more-than-€8 billion antitrust fine and demands that smaller rivals are treated more fairly — have diminished the companys advantages in the marketplace.

Facebook and Amazon have similarly shrugged off Europes heavy hand, including a €110 million fine against the worlds largest social network in 2017 for misleading competition authorities over its acquisition of the internet messenger WhatsApp.

“She is an enforcer who has failed to keep these companies in check” — Matt Stoller, Washington-based analyst

Even the Commissions 2016 attempt to claw back what Vestager says is €13 billion in unpaid taxes from Apple and Ireland may soon evaporate, if a legal challenge in the EUs highest court this week ends in a judgment against her sometime next year.

“She is an enforcer who has failed to keep these companies in check,” said Matt Stoller, a fellow at Open Markets Institute, a Washington, D.C.-based think tank, who has been critical of both European and American efforts to reduce the dominance of a small number of West Coast tech companies. “But if she learns from those failures, she could be a powerful force.”

As the next Commission takes shape, Vestager has been offered another bite at the apple — a nomination for a second stint as the European Unions competition czar, with an expanded portfolio overlooking Europes wider digital strategy.

If confirmed as one of Commission President Ursula von der Leyens three executive vice presidents, Vestager will be responsible for pushing forward new tax rules for the online world, as well as efforts to regulate emerging technologies like artificial intelligence. 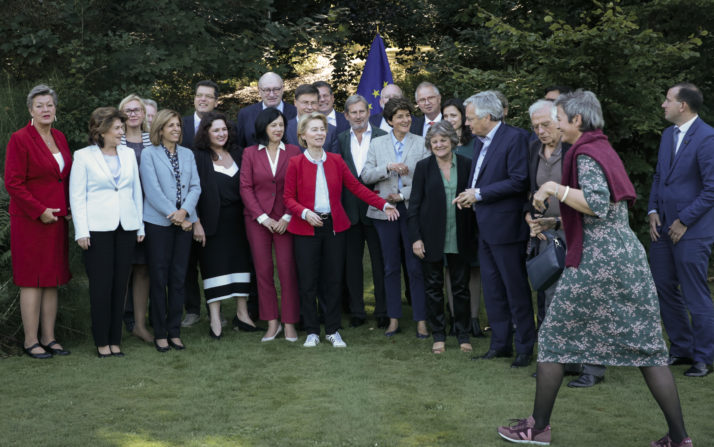 Not only will she retain her power as Europes top competition regulator; the Dane will have wide-ranging authority to set Europes agenda on controversial issues like making social media companies take legal responsibility for what gets posted on their platforms and preventing local tech jewels from being snatched up by foreign investors.

“Its hard to see how all this will fit together,” said Mathias Vermeulen, an advisor to the Mozilla Foundation, a non-profit organization that operates the Firefox browser. “But if theres one person whos up to the task, then its probably Vestager.”

The Danes beefed-up role is an explicit response to some of the failings of her first tenure in Brussels.

According to two officials with knowledge of the incoming Commissions thinking, Vestagers promotion is an overt acknowledgement that the EU will only be able to maintain its status as the worlds most powerful digital policeman (outside of China) if it empowers somebody to cut through conflicting interests and enforce the blocs will on countries and companies.

As Silicon Valley expands into new industries, including financial services and the automotive sector, policymakers have struggled to keep pace with global companies straddling different regulatory fiefdoms like competition, consumer protection and banking.

“As the world changes, and new types of power and influence grow, the rules we have need to keep up with those changes,” Vestager told an audience in Copenhagen days after her nomination to the new Commission. “Were keeping a close eye on how these platforms use their power.” Through a spokeswoman, Vestager declined to comment for this article.

“Vestager was the beginning of the techlash. The U.S. is poised to follow Europes and Vestagers lead” — Senior U.S. tech executive

During her current mandate at the Commission, Vestager deployed an approach that was as much political as it was regulatory, putting herself forward as a personable, elephant-knitting everywoman in a series of well-placed media profiles. Her deftness in harnessing the publics growing wariness toward Big Tech and communicating complicated policy in terms people can understand brought her renown beyond the boundaries of the Brussels bubble.

Her emphasis on public diplomacy is likely to serve her well. Where the EU was once alone in its regulatory pushback against Silicon Valley, other countries, mostly notably the United States, have started to follow suit.

Several tech executives, who spoke on the condition of anonymity because of ongoing cases with the Commission, admitted that Vestager had successfully changed the narrative, in Europe and elsewhere, about Big Tech, and that other politicians like U.S. Democratic presidential candidate Elizabeth Warren and U.S. President Donald Trump are tapping into similarly grievances in their own fights with these firms.

“Vestager was the beginning of the techlash,” said a senior U.S. tech executive, whose company has had repeated dealings with both U.S. and European regulatory authorities. He spoke on the condition of anonymity because of ongoing regulatory cases on both sides of the Atlantic. “The U.S. is poised to follow Europes and Vestagers lead.”

Insiders expect the Dane to push that advantage as she champions a series of digital legislative proposals planned from early 2020.

Those include efforts to introduce an EU-wide digital tax (in case a global push through the Organization for Economic Co-operation and Development fails), place further restrictions on how tech companies can use peoples data and chart a new approach to regulating emerging technologies like artificial intelligence.

“We have to improve on cybersecurity,” said von der Leyen when she announced Vestagers new remit. “We have to work hard on technological sovereignty.”

Whether the Dane can make a long-lasting impact remains an open question. Whats clear is that shell be trying.

Amazon in talks to invest £450m in Deliveroo

Google will pay some press publishers in Germany, Australia, Brazil

In battle against fake news, politicians put too much trust in Big Tech