LANGOUËT, France — Daniel Cueffs failed crusade to ban pesticides in his tiny Breton village lays bare the deep political contradictions at the heart of the agrichemical debate in France.

At first glance, the mayor of Langouët suffered a thumping legal defeat on Tuesday. A court in Rennes said hed had no right to take the law into his own hands in May and ban all pesticides within a 150-meter cordon of his village.

Dejected by the ruling, Cueff told POLITICO in an interview in his modest town hall office that he was simply outgunned by powerful farmers unions and giant chemical interests, and that the health of his 600 villagers is now “screwed.”

But his courtroom defeat, which he says he will appeal, is hardly a clear-cut signal that France will forever support the interests of farmers. In a telltale sign of the way the political winds are blowing, Cueffs act of resistance, reminiscent of the defiant little Gaulish village that holds out against Roman rule in the Asterix books, has become a national cause célèbre.

Politicians are treading very carefully. They know that Cueff commands deep public support for his campaign against glyphosate, a ubiquitous herbicide that has become one of the most explosive health issues across the EU amid continued debate over whether it causes cancer (industry points to assessments that say it likely does not, critics question how those assessments were conducted). But lawmakers also fear losing support from farmers who say they depend on pesticides and lack viable alternatives to preserve their crops. 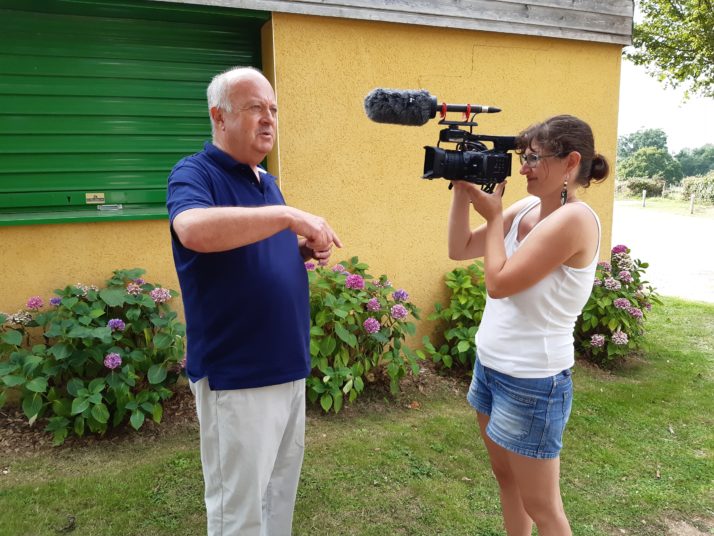 The issue has even reached the Elysée Palace, and President Emmanuel Macron praised Cueffs “intentions” for tackling glyphosate. In an interview with the media outlet Konbini on Saturday, Macron argued that “the solution is not to issue a decree that doesnt comply with the law” but rather “to mobilize to change the law.”

To the mayor, that represents a double standard.

“Theres a sort of paradox,” explained Cueff, his phone constantly ringing thanks to his new-found celebrity status among journalists. “We have a government thats saying, on the one hand, the mayor is right, that we need to protect the population … and at the same time dragging me before the courts.”

In addition to Macron, Ecology Minister Élisabeth Borne has also rallied to Cueffs banner. She said she “totally shared” his worries and announced the government would make new laws to keep pesticides at a safe distance from houses.

Cueff was unimpressed, however, by the politicians promises. “We are in France so the words sometimes sound beautiful. Now Im keen to see what will come out of it in reality. The government is doing nothing and they have just banned a mayor from doing something,” he said. 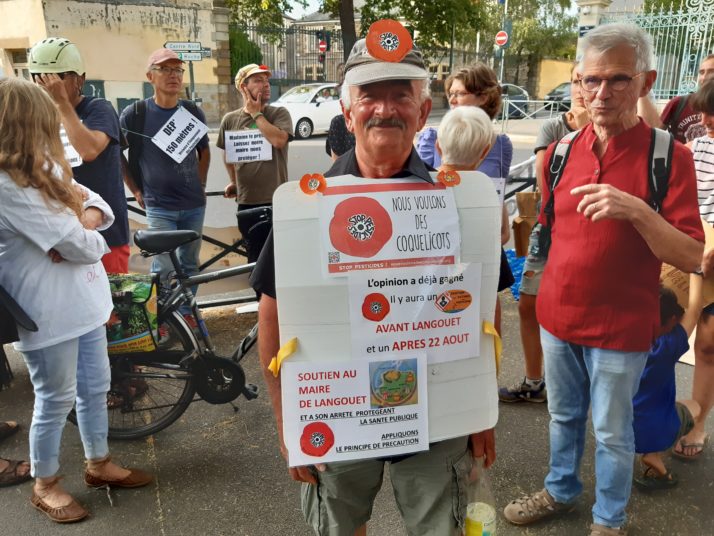 There is strong evidence of politicians words not amounting to much. Macron had to walk back from his original pledge of completely phasing out glyphosate by 2021 because of the harm that would be done to the countrys all-important farm industry. The country now says it will eliminate most uses of the herbicide by 2021 and ban it completely in 2022, when its current EU license expires.

“Glyphosate, its not vitamins. We dont want any of it,” Cueff complained. “But we have it anyway. If you smoke its your decision but you dont have the right to poison people.”

In May, some of the locals had samples of their urine tested by a lab in Germany, an event the village jokingly called “the grand piss-off.” Cueff says the results showed an unhealthily high level of glyphosate, including in a child who eats at an organic school canteen.

For two decades, the mayor has been molding Langouët into what is probably Frances most eco-friendly commune. Pesticides are already banned from public-owned green spaces, there are rows of energy-efficient wooden houses, a community apple orchard, solar panels everywhere and the organic school canteen.

The mayor is highly frustrated that the court in Rennes did not give his experimental embargo more time. Condemning the “legalification” of the issue, he said that he had been making baby steps with local farmers toward a greener model.

“We could have been an example [to the whole of France],” he said. “My satchel is full of solutions, which have been brought to me by farmers … I would have helped them [to make the transition] and now I cant. If they dont want to, I cant help them.”

Given the quick crackdown by the court in Rennes, he said that the next step could be that French citizens would follow the course taken in the U.S. and

Obesity ’causes more cases of some cancers than smoking’

The Silver Lining Behind Household Chores