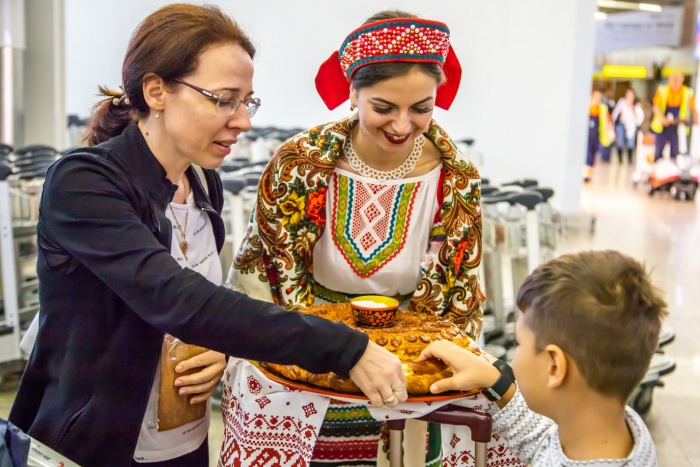 Vietnam Airlines has hosted an event to welcome its first flights to and from Sheremetyevo International Airport.

It comes as the carrier moves its operation from Domodedovo airport, further enhancing connectivity between Vietnam and Russia.

Upon arrival, flight VN63 from Hanoi to Moscow was welcomed by a water cannon salute and passengers were greeted with bread and salt as a Russian tradition by hosts in national costume.

The airport move has provided passengers greater choice and flexibility when travelling to domestic destinations in Russia as well as Europe when combining with Vietnam Airlines and Aeroflots vast networks as well as other airlines operating at Sheremetyevo Airport.