Donald Trumps plan to isolate Huawei on the world stage is going down like a lead balloon.

While a series of measures announced this week aimed to ramp up pressure on U.S. allies to shun the Chinese telecom giant, none of them are so far rushing to follow Washingtons lead.

Instead, two of the U.S.s staunchest allies — Paris and London — made it clear that they would make up their own minds about how to deal with Huawei, and that their decision might not resemble Washingtons.

In Paris, French President Emmanuel Macron pushed back on the idea that France should blacklist the Chinese firm, telling the VivaTech industry conference: “Our perspective is not to block Huawei or any company.”

Taking on the role of a spokesman for Europe, Macron added: “France and Europe are pragmatic and realistic” and would seek to balance “access to good technology and to preserve our national security” when taking steps on Chinese telecom gear.

Across the Channel in the United Kingdom, Prime Minister Theresa May struck a cautious note, reiterating that the U.K. has yet to take a final decision on what restrictions to apply to Huawei and other Chinese firms. “We are reviewing the right policy approach for 5G and when an announcement is ready, the culture secretary will update parliament,” Mays spokesman said.

The European Commission is coordinating a pan-EU review of security procedures.

The standoffish tone from two of Washingtons allies chimed with the message coming from Germanys largest industrial lobby group, the BDI. “Europe needs to maintain its own course,” the group said in a statement. “German industry quickly needs legal and planning certainty in 5G expansion.”

In the past months the U.K., Germany, Belgium, the Netherlands, Italy and other countries have sought to beef up their protections against malign use of 5G telecom equipment without necessarily adopting company- or country-specific bans.

Staunch U.S. allies like Poland — which is considering the construction of a “Fort Trump” base for U.S. troops in the country — are mulling similar moves but showed no sign of speeding up those efforts in the wake of Wednesdays announcements. 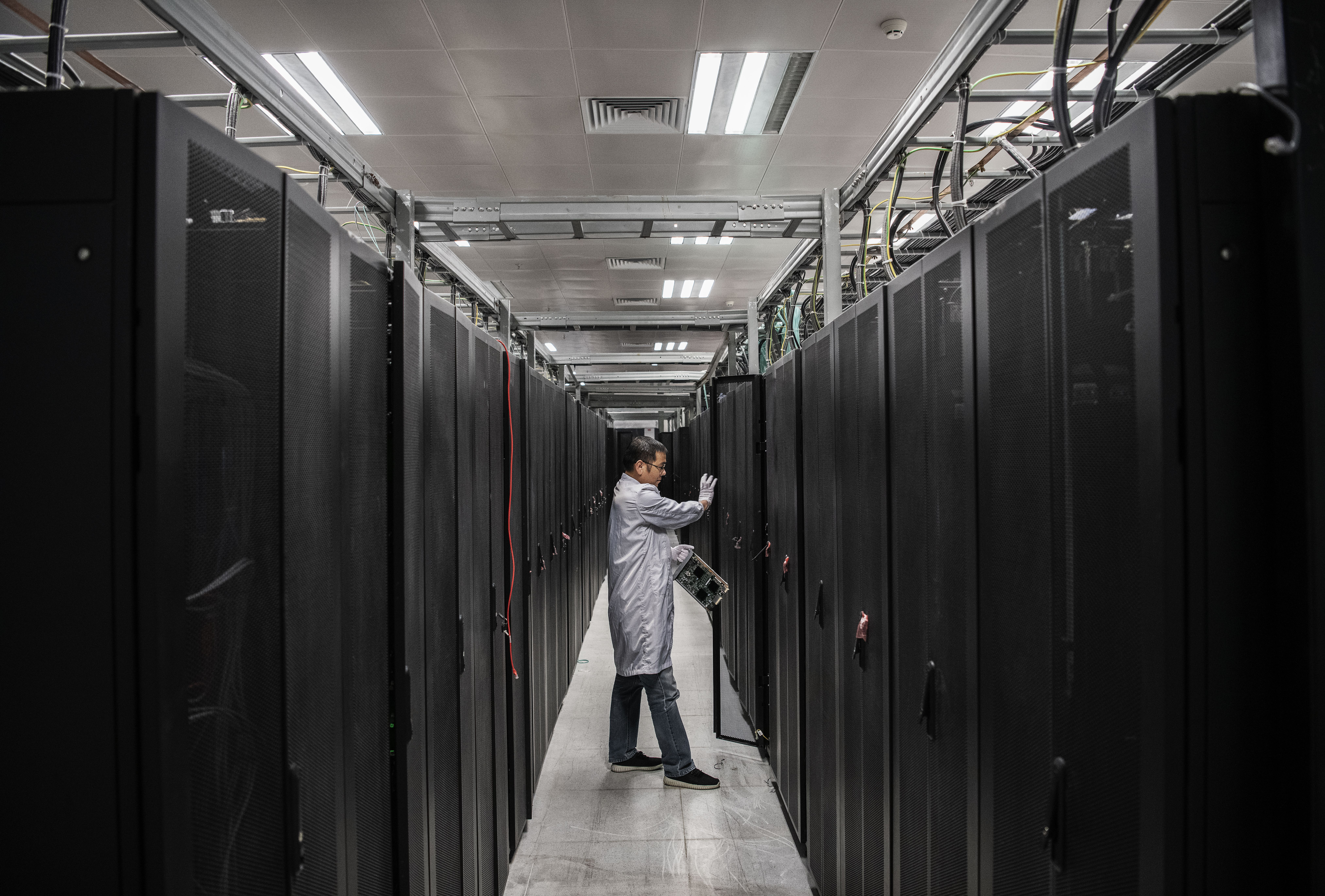 The European Commission, which unveiled a strategy for dealing with 5G security in March, is coordinating a pan-EU review of security procedures, and has asked countries to finalize their risk assessments by end-June and submit them to the EU executive by mid-July.

The European Union is set to carry out its own risk assessment by October and a group of cybersecurity experts is due to agree on EU-wide measures by year-end.

Huawei would be able to maintain its business in spite of the U.S. ban, thanks to other markets.

The companys footprint in the United States is already minimal following steps by the U.S. government to cut the company off from bidding for public contracts and parts of the telecoms sector in past years.

Huaweis 2018 figures across its consumer and enterprise activities show the Americas (including Latin America) make up just 7 percent of the companys revenue. The U.S. chunk of that, according to company insiders, is just a couple of percent. Europe, the Middle East and Africa accounts for 28 percent, of which between 10 and 15 percent is in Europe, more than half for the domestic market in China and 11 percent for the Asia-Pacific region.

In the global race for 5G contracts, “the U.S. is one of the more bullish markets, but theres China, theres Europe, theres many other regions,” said Sylvain Fabre, senior research director at Gartner. “We do get indications that Huawei is pushing more aggressively in other markets where they are present. Its possible that they regroup their efforts and go hard where they can play.”

Closer to home, the reaction to Trumps order among tech industry groups has been one of caution mixed with worries about unintended consequences from an all-out ban and supply chain restrictions hitting U.S. players.

Jason Oxman, president of the Information Technology Industry Council (ITI), the biggest tech lobby group, called the order “extremely broad” and said that any moves that restrict businesses buying decisions should be based on “rigorous, evidence-based analysis of the risks.”

Oxman, whose group represents Amazon, Apple, Google and Microsoft among other digital giants, also called on the U.S. Commerce Department to consult with industry partners and “to run an open and transparent process” in order to avoid “unintended impacts.”

Industry players fear a ban could also have a negative impact on European businesses that are part of Huaweis global supply chain.

U.S. officials were trying on Thursday to respond to some of those concerns.

At a ChambeRead More – Source