LONDON — Dont expect MPs to be any better at Brexit than Theresa May.

At 7 p.m. local time on Wednesday — 52 hours before Britain was supposed to leave the European Union — the House of Commons will begin voting on a series of alternative Brexit plans, with no confidence that any of them will get majority support.

Two hours earlier the U.K. prime minister, who is still fighting for the divorce deal she agreed with Brussels, will address a private gathering of Conservative MPs, amid speculation she may offer to resign in return for her deal being agreed.

What transpires over the space of those 120 minutes will go a long way to dictating how, when — and perhaps if — the U.K. leaves the EU. But whatever MPs vote for on Wednesday, as long as there is no majority for the prime ministers deal, everything from no-deal to no Brexit remains an option.

At the European Council in Brussels last week, EU leaders gave the U.K. a deadline of March 29 to ratify the Withdrawal Agreement negotiated by May or choose between leaving the EU on April 12 with no deal or apply for a much longer extension on the condition that Britain takes part in the election to the European Parliament on May 23. 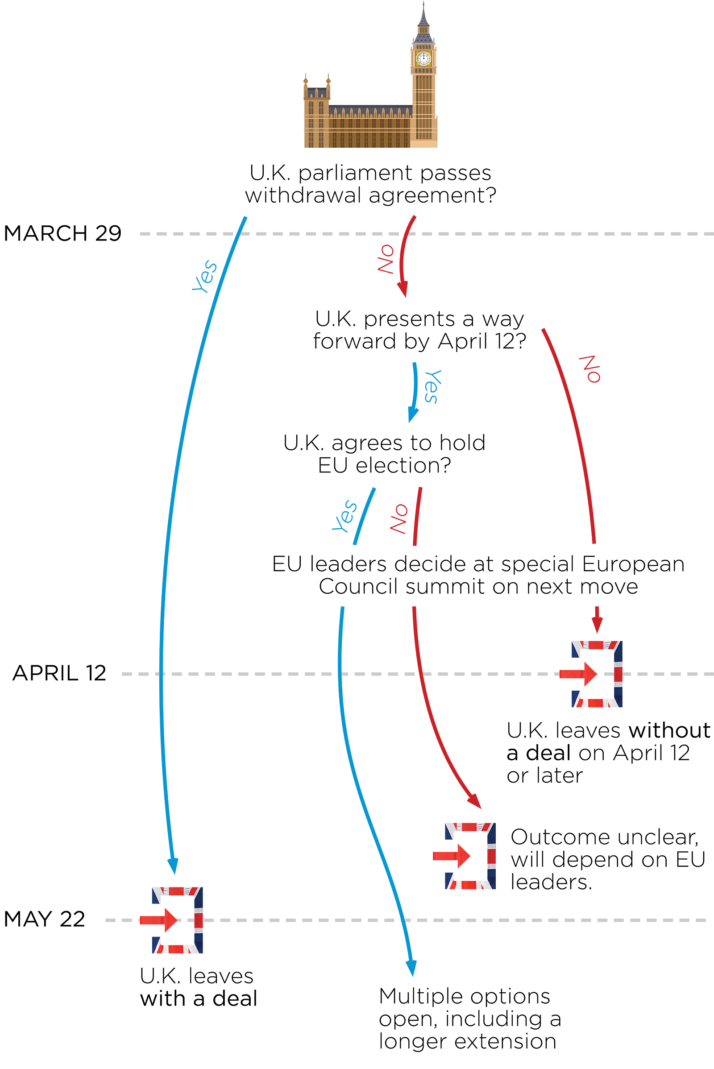 MPs from across the Commons are loath to go anywhere near the European election amid fears the main parties would face a “bloodbath” at the hands of hardcore pro-Leave and pro-Remain campaigners.

If MPs do ratify Mays deal before Friday — and there is increasing speculation a vote will be called on Thursday — then the U.K. will be given until May 22 to tie up all the legislative loose ends needed to leave without legal chaos.

Even those MPs behind the push for so-called “indicative votes” on alternative Brexit options to the prime ministers plan admit the process of arriving at a compromise solution acceptable to a majority of MPs is likely to be messy.

“Dont expect a simple winner straight away,” one of the leading architects of the indicative vote process told POLITICO. “That is not what were aiming for this week. Its about working towards something which can claim a majority. The key this week is how many MPs we can get behind any one alternative. Will it be more than the prime minister can muster for hers?”

On March 12, the prime minister lost her second attempt at ratifying the Withdrawal Agreement by 391 votes to 242.

According to a briefing for journalists by House of Commons clerks Tuesday, MPs on Wednesday will be handed ballot papers with a list of Brexit options, put forward by MPs and selected for vote by Speaker John Bercow.

They will be given half an hour to fill them in with a Yes or a No for each option, before voting starts at 7 p.m. and the results will be announced shortly after 9 p.m. A full list of how MPs voted will be published shortly after.

MPs will be able to vote for as many of the proposals as they wish.

Once the results have been published, MPs will “reflect on the outcome,” before returning to the question on Monday, according to the briefing. MPs will ensure, on Wednesday this week, that more time is cleared in the parliamentary diary to guarantee a second round of votes on Monday.

The government is not convinced parliament will be able to rally round a single viable alternative. One senior Cabinet minister complained that MPs still do not understand the basics of the negotiation, including that without a Withdrawal Agreement there would be no transition period.

“Its extraordinary,” the senior member of Mays government said. “Many of them still dont know what they are talking about. You have to go right back to basics, walking them from a to b all the way through. Its extraordinary.” 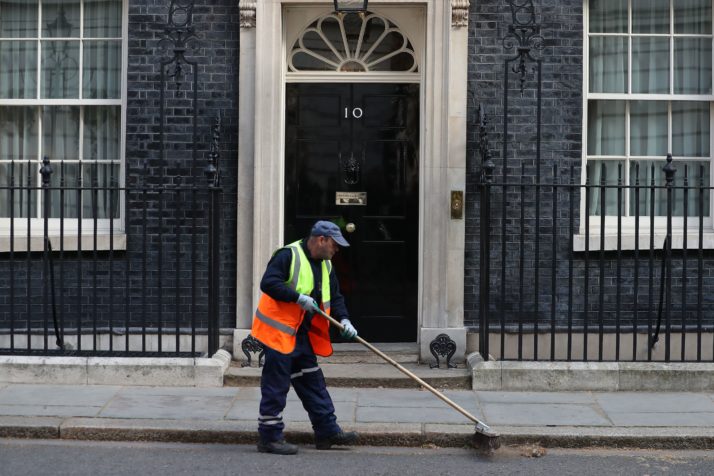 Even if MPs are able to form a stable majority for an alternative Brexit plan, the prime minister and Brexit Secretary Stephen Barclay have indicated the government would not accept anything that contradicts the Conservative Party manifesto, raising the prospect that unless MPs agree to the prime ministers deal there will be a long delay and possibly a general election.

Before MPs get a chance to vote on the proposals, May will address Conservative MPs behind closed doors, at a 5 p.m. meeting of the backbench 1922 Committee.

Macron takes dig at Trump over climate pact exit: I deplore some choices