Experts say the 1.8 million Brits living in Europe risk major disruption to pension and insurance payouts if Theresa May fails to strike an agreement with Brussels.

The warning comes after Mrs May sought to play down Chancellor Philip Hammonds dire forecasts for a “no deal” scenario.

He said: “A no-deal Brexit is now expected by a growing number of experts and the wider population to be the most likely outcome.

“If the UK crashes out of Europe with no deal in place, the estimated 1.8 million expats living in the EU could be financially impacted in two key ways.

“First, the pound would inevitably suffer and it could fall hard.

“This would deliver another heavy and serious blow for those who receive UK pensions or income in pounds as the cost of living, in effect, would be significantly more expensive.

“Second, there is a risk that existing payments from British companies, including pension and insurance companies, to those living within the European Economic Area could be disrupted or even made impossible. 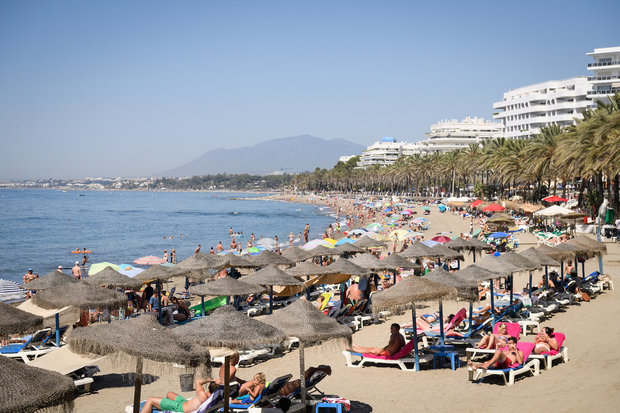 PARADISE: Many expats fear their lives could be turned upside down

“Of course, this would be a major inconvenience to many UK expats.”

He added: “This will help best position them not only to mitigate the risks of a no-deal Brexit, but also to enable them to take advantage of potential opportunities that may arise.

“Unfortunately, a smooth and orderly exit of the EU is looking increasingly unlikely and this can be expected to hit the finances of many expats.

“They should seek to make their financial strategies no-deal Brexit proof.”