China is baring its fangs as U.S. President Donald Trump turns up the tariff pressure on Beijing.

At the very moment that Trump and European Commission President Jean-Claude Juncker were cozying up for a truce in Washington, Beijing showed it is willing to ramp up the trade war with America on the eastern front.

The bombshell dropped on Wednesday when U.S. chip giant Qualcomm had to call off a planned $44-billion merger with its Dutch competitor NXP, all because Chinas competition regulator failed to issue a green light. Antitrust authorities in eight other jurisdictions had already approved the deal, but Qualcomm and NXP also needed Beijings blessing because of substantial activities in China.

A day after Qualcomms deal unravelled, the New York Times reported that China had also reversed a decision to allow Facebook to set up an office in the eastern province of Zhejiang.

While China is making no link between its trade grievances and the U.S. tech companies, trade experts say that Beijing is a master of asymmetric warfare, and counterattacking against its opponents weak spots. Beijing emerged victorious in a trade war with Europe in 2013 when it retaliated in a spat over solar panels by threatening EU wine exports.

Beijing can pull other levers in areas such as merger control and investment.

Chinese commerce ministry spokesperson Gao Feng argued Thursday that Qualcomms problems have “nothing to do with Sino-U.S. trade frictions” and said that the case is purely related to “anti-monopoly law enforcement.”

But experts on Chinese politics and trade law disagree.

“We have now reached a level of escalation that wasnt foreseeable two months ago,” said Mikko Huotari, deputy director of the Mercator Institute for China Studies (MERICS) in Berlin. He said that China decided to resort to “extremely painful” measures “because the pressure increased and it isnt easy on a tariff level to establish a balance of terror.”

Trump has imposed 25 percent duties on $34 billion worth of Chinese goods and is currently preparing to impose 25 percent tariffs on another $16 billion. Trump is also threatening a 10 percent duty on an additional $200 billion of Chinese exports. 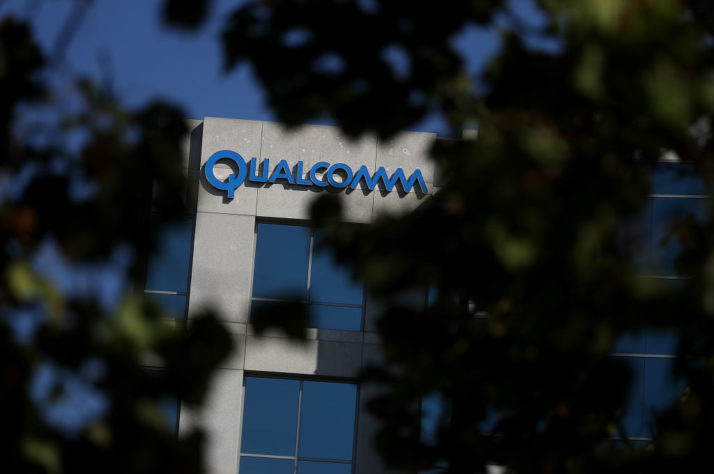 Isabelle Van Damme, a trade lawyer with Van Bael and Bellis in Brussels, agreed that tensions have moved beyond classic trade barriers.

“Theres a lot of talk about tariffs and retaliatory measures, but in fact the reality and the development of responses that countries are taking is becoming more complex,” she said. Some of these new responses in the trade conflict “involve the use of non-tariff barriers and actions outside the context of trade, such as competition policy,” she said.

Trump argues that he will win a classic trade war because the U.S. has such a big deficit with China. While this means China cannot respond in kind against an all-out tariff offensive, Beijing can pull other levers in areas such as merger control and investment.

Huotari said the timing in relation to Qualcomm is “clever” because Chinas smothering of the merger has an inherent logic.

“Theres an economic side to this block,” he said, adding that China wants to ensure its competitiveness in the chip industry.

In a sign that the dangers from China are sinking in, Republicans on the House ways and means committee on Thursday called on Trump to schedule a meeting with Chinese President Xi Jinping to resolve a trade dispute that threatens to damage both economies.

Here are the winners of the 2020 Ig Nobel Prizes to make you laugh, then think