Austrias chancellor Sebastian Kurz agreed that Britain's departure from the EU would be on the agenda for the European Council being hosted by his country on September 20, Downing Street confirmed.

The move means the Prime Minister will have an extra gathering of EU leaders to persuade into supporting her Brexit plans.

It comes just days after May was dealt a blow by Brussels chief Brexit negotiator.

On Thursday, Michel Barnier rejected the customs proposals that form a key plank of her Brexit plans.

The Brexit negotiator went on to demand respect from Britain over the exit. 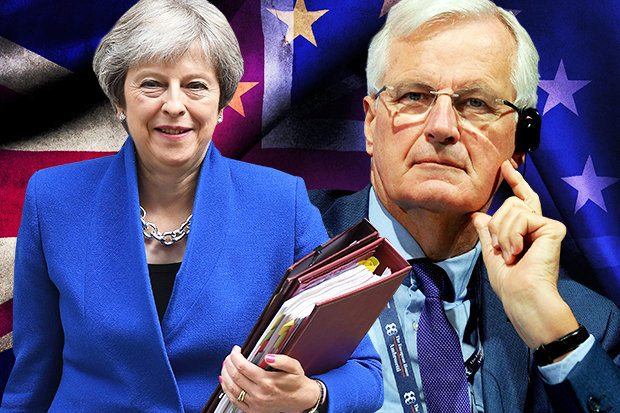 BREXIT: Theresa May and Michel Barnier want a deal that satisfies Britain and the EU

“The UK wants to take back control of its money, law, and borders. We will respect that.”

Speaking in his first joint press conference with Raab, Barnier said: “The UK wants to take back control of its money, law, and borders. We will respect that.

“But the EU also wants to keep control of its money, law, and borders.

“The UK should respect that.”

After Austria, the next meeting is a gathering of EU leaders in Brussels in October by which time it has been hoped a Brexit deal will be hammered out.

A Downing Street spokesman said: "Following their dinner at Downing Street three weeks earlier, the Prime Minister and Austrian Chancellor Sebastian Kurz had a positive conversation ahead of the Salzburg Festival.

Brexit CHAOS: The Cabinet members ousted since the snap election

Boris Johnson is the latest minister to quit since snap election

"The Prime Minister updated on the White Paper, and Chancellor Kurz confirmed that Brexit would be on the agenda for the informal European Council which Austria would host on 20 September."

May also pitched her deal planning to her Czech and Estonian counterparts, Andrej Babis and Juri Ratas, during talks at the Salzburg Festival.

The PM attended the music event before heading off to Italy for the start of her summer holidays.

Ahead of their meeting, Mr Kurz said it was important to "avoid a hard Brexit".

Democrats Object to All Seventeen Republican Amendments to the Impeachment Resolution