The European Commission said it acted illegally by forcing makers of Android phones to install its software. It drove millions of users straight to Googles own search engine.

The fine – the biggest ever handed down by the EU for an anti-trust penalty – will take Google 14 days to pay. The firm is worth £645bn.

She said operators were only given access to apps through the Google Play store if they used the Google search engine. 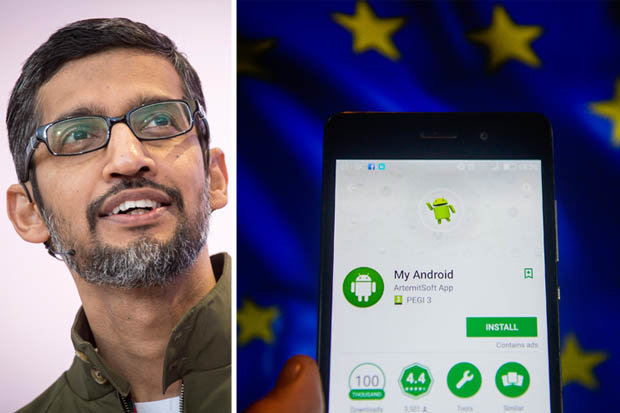 “They have denied European consumers the benefits of effective competition”

Investigators also found the firm paid some manufacturers and networks to put the Google search app on their phones.

Ms Vestager said: “They have denied European consumers the benefits of effective competition in the important mobile sphere.

“This is illegal under EU anti-trust rules.” Googles CEO Sundar Pichai said his company would challenge the ruling. And a tweet from the Google Europe account said: “Android has created more choice for everyone, not less.

“A vibrant ecosystem, rapid innovation and lower prices are classic hallmarks of robust competition.” Google has 90 days to stop the banned practices.

How Nick Clegg is trying to fix Facebooks global image

Hint of COVID-19 immunity: 3 sailors with antibodies spared in outbreak at sea