With the Cabinet at odds over the U.K. governments preferred option for a post-Brexit customs arrangement, British officials are exploring a new option that could provide “a bridge” to a deal.

Instead of moving immediately to the eventual post-Brexit customs scheme at the end of the transition period on January 1, 2021, the U.K. could agree to temporarily remain inside the EUs common external tariff until a future customs arrangement is ready, according to three senior officials from both the U.K. and EU briefed on the proposal.

Such a temporary fix would, it is hoped, avoid a jolt for business and a hard border in Northern Ireland, while allowing ministers to say they have formally left the EU customs union — a key plank of Theresa Mays Brexit policy.

With no substantial movement in the Brexit negotiations for weeks because of Cabinet indecision, U.K. officials hope the proposal might be acceptable to the EU as an alternative to the disputed “backstop” proposal of keeping Northern Ireland within the EUs customs union.

“They have a backstop. But its a backstop that they dont like” — EU official

Such a deal also has the potential to keep the Democratic Unionist Party — whose MPs prop up Mays government — onside by avoiding a border in the Irish Sea while potentially winning Brexiteer support as a temporary “bridge” to the final position in which the whole of the U.K. exits the EUs customs area.

“Basically its keeping in the external tariff until the new system is ready,” said one U.K. official. “It would have to include a sunset clause. Both sides would need this. The question is how you find the language to persuade the Irish.”

May agreed the need for a backstop in December to persuade EU leaders to begin Phase 2 of the talks. But she later rejected the legal language proposed by the EU in the draft withdrawal agreement as something “no U.K. prime minister could ever agree to.” The draft “backstop” as it stands keeps Northern Ireland in the EUs “customs territory,” thereby creating a customs border in the Irish Sea.

One EU27 diplomat said there is no appetite in Brussels for an alternative backstop, but that negotiators are waiting for a proposal from the U.K. that would avoid a hard border and preserve the Good Friday Agreement. 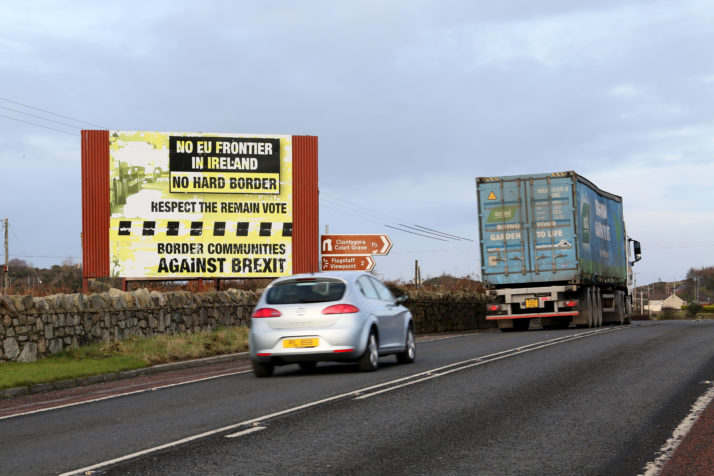 “We need a fully operable backstop to apply unless and until a different, better, permanent, workable alternative is in place,” the diplomat said.

“They have a backstop. But its a backstop that they dont like,” an EU official said.

In London, of the two customs options currently under discussion by Mays inner Brexit war Cabinet, ministers appear to be edging toward the so-called “maximum facilitation” option favored by Brexiteers, according to two senior U.K. officials familiar with the internal discussions.

That arrangement would create a customs border between the EU and the U.K. but seek to ameliorate its effects with technology and other special measures, so avoiding the need for a significant hardening of the border between Northern Ireland and the Republic.

However, the model has already been dismissed by Irish Prime Minister Leo Varadkar as being “as functional as makeup” and even if a version could be put together that wins agreement in Dublin and Brussels, the new system would take years to set up.

A time-limited extension of something close to the status quo could act as a bridge to that arrangement though, officials say.

Remaining for a limited period inside the EUs common external tariff for goods imports would limit — albeit temporarily — the U.K.s ability to initiate trade deals with non-EU countries.

While serious discussions about the proposal have yet to take place in either Brussels or Dublin, another EU27 official said a temporary extension might be viable — as long as it comes with guarantees Britain could not simply walk away at the end without a new system in place to protect the open border in Ireland.

“The question is whether a continuation of the status quo could become the backstop,” the senior EU 27 official said. “It would solve the DUP problem and go a long way to solving the border issue. But its hard to see this being acceptable to the Brexiteers without some kind of cutoff. A time-limited backstop? It would all depend on the nature of what comes at the end of that period.”

Businesses are more supportive. Allie Renison from the Institute of Directors said: “Business groups … have been saying for some time that there is a serious risk of the suggested two-year window falling far short given the issues surrounding the negotiation sequencing.”

“The majority of firms — SMEs in particular — only feel able to prepare and make adjustments once the changes to U.K.-EU trade arrangements are clear … So while we would prefer a continued limited customs union to avoid introducing rules of origin for manufacturing, a continuation of current provisions until the details of a different outcome can be finalized would certainly be a pragmatic outcome,” she said.

There remain serious question marks over whether Brexiteers would accept a delay to Britains full exit from the EU customs union beyond the end of the transition period.

Environment Secretary Michael Gove told the BBC Sunday he did not favor a longer transition period for the customs union. “I dont believe in an extension,” he said. 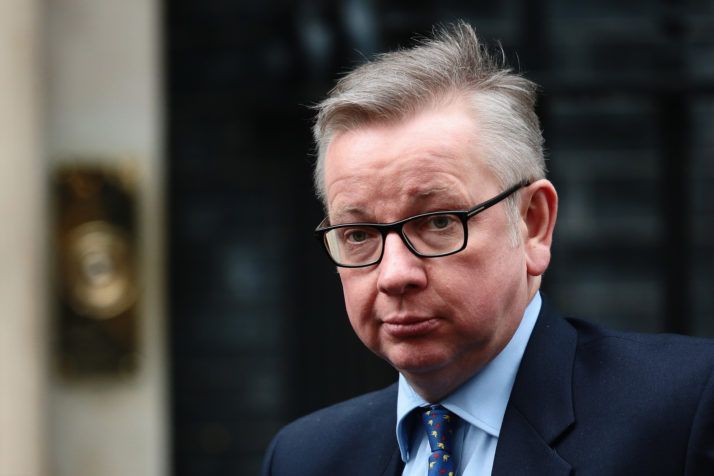 In April, Brexit Secretary David Davis went even further, telling the House of Commons Brexit select committee: “I do not expect the solution to be an extension of the customs union. I would view that on my part as a failure.”

However, while there remain serious concerns among Brexiteers over “slippage,” a senior official close to one leading Cabinet Euroskeptic said any final deal must be assessed “in the round.”

Remaining for a limited period inside the EUs common external tariff for goods imports would limit — albeit temporarily — the U.K.s ability to initiate trade deals with non-EU countries. That said, the U.K. would have exited the EUs common commercial policy that governs trading relationships in goods and services, so the government could argue it has taken a step toward independent trade policy, which May has described an essential component of her Brexit strategy.

The impasse in London has sparked alarm in Brussels and Dublin about the looming October deadline both sides have informally set to tie up the withdrawal agreement.

“The reality is, absolutely nothing has happened in the last couple of weeks” — Senior EU official

In a bid to calm tensions and avoid a breakdown of the talks, leading supporters of a soft Brexit in the U.K. government have begun privately urging their counterparts in the EU to “have faith” in Mays ability to find a workable solution to the Irish border dilemma.

U.K. Cabinet ministers and negotiators have reached out to EU counterparts to urge calm, officials from both sides said.

“Softer Brexit people on the British side have been urging us to wait,” said one senior EU27 official speaking on condition of anonymity. “Its a kind-of have faith in us, we are working really hard on something we could all work with. I wouldnt call it optimism, more determination. The reality is, absolutely nothing has happened in the last couple of weeks. We are waiting for something to emerge from London but we dont have any great hope.”

A senior official from the U.K. confirmed ministers had reached out to EU partners.

According to the officials from both sides, the Republic of Irelands Foreign Minister Simon Coveney is in regular contact with U.K. ministers, including Cabinet Office Minister David Lidington and Chancellor Philip Hammond, although his relationship with David Davis is strained.