A Cossack society in St. Petersburg, Russia has voted to recall the honorary membership given to US President Donald Trump and plans to burn him in effigy in protest over “insults to the nation.”

The head of the Irbis Society, Andrey Polyakov, told reporters that Donald Trump was awarded the “honorary Cossack” title following the 2016 US presidential election.

“When the 2016 US election was over and the State Duma toasted Donald Trumps victory with champagne and Vladimir Putin congratulated him, because of this euphoria, we made Trump an honorary member of our Cossack society.

“We also invited the newly-elected US president to visit us, because it was presumed that the meeting between Russian and US presidents would be held in Vladimir Putins native city of St. Petersburg.

“Then, the political events started to develop in an unwanted way, we understood our mistake and decided to dishonorably discharge him from our organization,” Rosbalt news agency quoted Polyakov as saying.

The Cossack chief added that he and his comrades intend to burn Trump in effigy in St. Petersburg in protest over the “insults to the nation.”

“We will pour gasoline over it and burn it, together with a US flag,” he said. 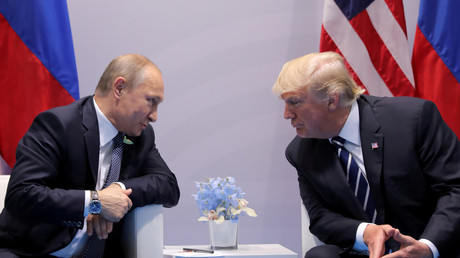 The society made the announcement soon after President Trump said that Russia should share the blame for the recent alleged chemical weapon attack in Syria, and threatened Russian and Syrian pro-government forces with missile strikes.

Earlier this month, the Trump administration announced more sanctions against Russian citizens and companies, causing turmoil in the securities markets.

Earlier this week, Trump tweeted that the relationship between the US and Russia was at its worst point in history, including the Cold War, and hinted at possible mutual efforts to prevent a new arms race.

This message was soon followed by another tweet, in which Trump blamed the Democrats for the current poor state of events, saying that “much of the bad blood with Russia” has been caused by the “fake and corrupt” Russiagate investigation.

Majority of Russians support ‘own internet’ for BRICS nations

The runners in the COVID-19 vaccine race