WASHINGTON —U.S. Commerce Secretary Wilbur Ross on Friday laid out a program of steep tariffs President Donald Trump could impose to restrict steel and aluminum imports — and played down the risk of igniting trade skirmishes with China and other countries.

Commerce’s plan gives Trump multiple options to choose from, including one potential play on steel that calls for a 24 percent tariff on all foreign imports, a move that would hit allies such as Canada, the European Union and Mexico, as well as China and other suppliers.

The department was tasked by Trump with studying possible ways to restrict imports of steel and aluminum to defend national security interests. The investigations have raised concern around the world and also among many domestic industries, which fear retaliation from trading partners and the effect a bona fide trade war could have on their bottom lines.

“There is always the potential that someone could retaliate,” Ross said in a phone call with reporters to discuss the department’s recommendations. “That’s just part of the nature of the trade environment.”

The two reports were sent to the White House last month and released publicly Friday. Trump faces deadlines in less than two months to decide what action, if any, he will take. He must make his move on steel by April 11 and by April 19 for aluminum. The investigations were launched 10 months ago under a rarely used trade provision known as Section 232 of the 1962 Trade Expansion Act, which allows the president to restrict imports in the face of a national security threat.

U.S. farmers, in particular, have raised concerns about potentially getting caught in an economic cross-fire if countries decide to retaliate against U.S. steel or aluminum import curbs. China, which is targeted in both the aluminum and steel recommendations, is the biggest overseas market for U.S. farm exports.

But Ross dismissed those fears, arguing that imposing restrictions to protect national security was no different than the anti-dumping and countervailing duties that Commerce routinely imposes on unfairly priced and subsidized imports.

Ross gave Trump two sets of options, each with three different recommendations, to restrict imports. Trump, however, is not bound by the recommendations and could fashion his own remedies or take no action at all. 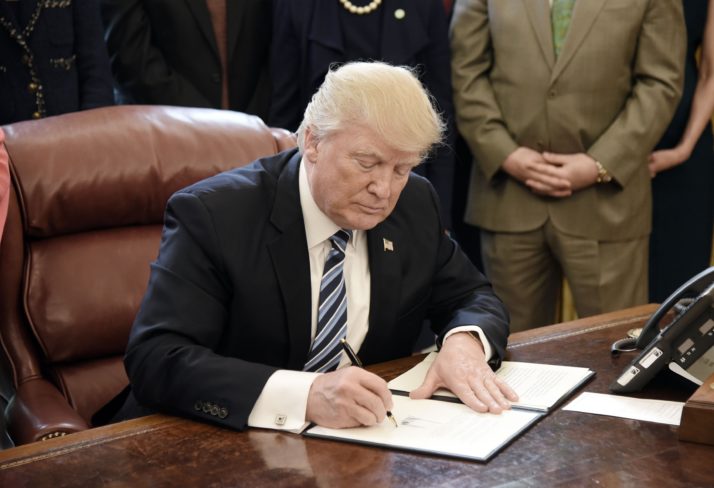 For steel, the first option is the 24 percent tariff on all imports. The second would exclude most NATO allies, while imposing a tariff of 53 percent on imports from a group of 12 countries: Brazil, China, Costa Rica, Egypt, India, Malaysia, Russia, South Africa, South Korea, Thailand, Turkey and Vietnam. In addition, future imports from those countries would be limited to the amount they exported to the United States in 2017.

The third steel option would not impose any tariffs, but would limit shipments from around the world to 63 percent of each country’s 2017 exports to the United States.

The three options for curbing aluminum imports follow a similar pattern: a 7.7 percent tariff on aluminum exports from all countries; a 23.7 percent tariff on all aluminum products from China, Russia, Venezuela and Vietnam as well as a quota at 100 percent of their 2017 shipment levels; or a universal quota that would cap imports from all countries at 86.7 percent of their 2017 exports to the U.S.

Ross declined to say whether he expected Trump to take action, nor did he give his own view on what the president should do. But he did say he hoped the U.S. could inspire other countries to take similar measures that would address the overarching problem related to overcapacity of steel and aluminum on the world market. The U.S. industry has long blamed China’s industrial policy for pumping out record amounts of the metals in the absence of global demand.

“If other countries adopt something similar to what we are doing, then you have in hand a solution to the global problem,” he said.

He appeared to dismiss multilateral efforts, such as a global forum on steel excess capacity established under the umbrella of the Organisation for Economic Co-operation and Development, as an effective way to tackle the problem.

“Thus far, no one has stepped into a leadership role,” Ross added. “In essence, these recommendations are that the U.S. step into that leadership role and encourage other countries to adopt similar measures.”

Ross brushed off concerns that major trade restrictions would cause steel and aluminum prices to spike for domestic manufacturers.

Trump earlier this week downplayed fears that supply could become scarce and prices would rise, arguing that “some of the dumpers will eat a lot of the tax themselves, because they do it to keep people working.”

Stock markets were anticipating that Trump would carry through on the actions. U.S. Steel’s stock price jumped 10 percent after the news of the reports came out. Alcoa’s shares initially rose as well, but have since retrenched. Nucor shares were also up about 4 percent as of 2 p.m. 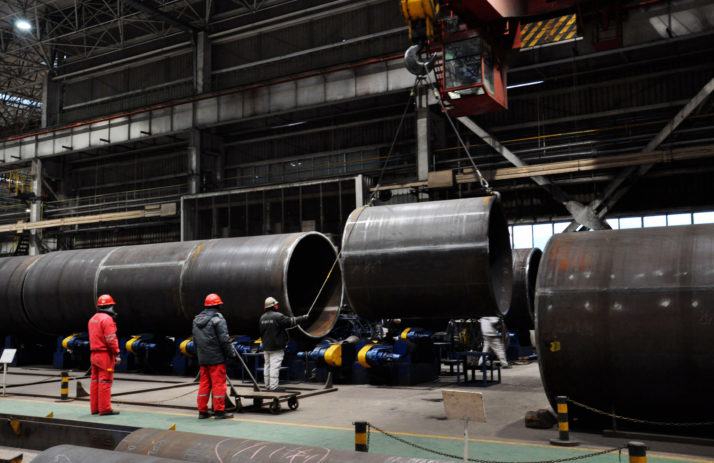 The U.S. industry has long blamed China’s industrial policy for pumping out record amounts of the metals in the absence of global demand | AFP via Getty Images

Both Trump and Ross previously raised expectations that the administration would act by the end of June 2017 to curb imports of the two products. But concern about alienating Republicans in Congress whose support the administration needed on the tax overhaul, H.R. 1 (115), and on other initiatives appears to have delayed a final decision in the two inquiries.

“We were a little bit over-optimistic about how quickly such a complicated topic could be brought to a head,” Ross said. “And government tends to move slowly. That’s one of the many lessons I’ve learned since coming down here.”

Ross also shed a little light on the Trump administration’s interagency deliberations and acknowledged there was disagreement over which action to take.