A Russian parliamentary commission has prepared a report that lists over 100 cases of US interference in other nations’ internal affairs since the end of World War Two.

“We have counted approximately 100, about 101 or 102 absolutely verified and recorded facts of American involvement in the sovereign affairs of over 60 UN member-nations since the approval of this organizations’ charter that bans any such involvement – since 1946 till this day,” the head of the upper house Commission for Protection of State Sovereignty, Senator Andrey Klimov, was quoted as saying on Monday by TASS.

The senator named one particular example from the list – the 1973 coup d’état in Chile that installed Augusto Pinochet as a military dictator and as a result of which the country’s parliament was dissolved and numerous human rights violations were committed. “Every such fact has a multitude of episodes of the US interference,” he noted.

Klimov told TASS that the annual report would be finalized and released at the end of the month, and added that senators were preparing a different edition which would be distributed among a “closed circle of persons” and which would not be released to the wider public in the foreseeable future. 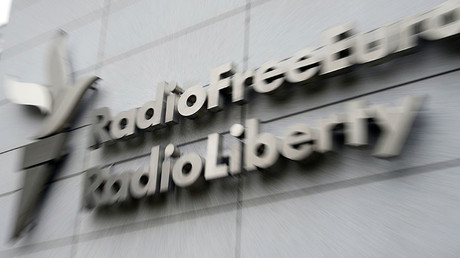 At the same time, Klimov noted that not all cases of US involvement in other nations’ affairs could be formally described as such and thus were not included in the report. As an example, he named Donald Trump’s inauguration speech, in which the US president said that Washington was constantly meddling in other nations’ affairs and called for an end to such practices. “And these were the words of an inaugurated president, the commander-in-chief of the US military forces, who had been briefed through all files,” he said.

Another example was the 2003 speech of George W. Bush in which the then-US president urged change in political regimes in between 40 and 50 foreign countries.

The upper house commission for monitoring and countering foreign nations’ attempts to influence internal Russian politics was formed in mid-2017. Back then, upper house Speaker Valentina Matvienko said that attempts to meddle in Russia’s internal affairs had been ongoing for years and that up to $100 billion was sent to Russia from abroad annually to sponsor "political activities." "We know the consequences of such meddling… and will not allow anyone to threaten Russia's sovereignty," she said.