The U.K. must understand that Brexit is not “the center of the world” for Germany and it should not expect “equal treatment” on financial services once it leaves unless it adheres to EU standards, according to a senior German MEP who is a close confidant of German Chancellor Angela Merkel.

Elmar Brok, the longest-serving MEP and a member of the European Parliament’s Brexit Steering Group — which formulates the legislature’s position on the topic — said that Brexit is barely on the political radar in Germany and that the U.K. should not expect any favors that would threaten the integrity of the EU single market.

“Brexit is not part of the coalition talks. Business people [in Germany] tell us ‘please, no cherry-picking,'” he told POLITICO in an interview on the margins of the Parliament’s plenary session in Strasbourg. “[Brexit] didn’t play a role in the [German] election campaign,” he added.

But he said this appeared to be hard for politicians in the U.K. to understand. “The Brits are so concerned about it, they don’t understand that it’s not an issue for us,” he said. “They believe that Brexit is the center of the world, but it’s not.”

On the Brexit negotiations themselves, he said the British government has unrealistic expectations — particularly on access to the EU market for financial services. U.K. Brexit Secretary David Davis has said the British government is seeking a free-trade agreement like the one the EU has with Canada but with much broader scope — “Canada plus plus plus” as he put it. And Chancellor Philip Hammond said last week he regards a post-Brexit deal that excludes services as unfair. “More than 80 percent of our economy is services. Services is the fastest growing area of global trade. And it is the area where we have our biggest comparative advantage,” he told the German paper Welt am Sonntag.

Brok said that negotiations about the U.K.’s future relationship with the EU were so complex they would have to carry on into a transition period.

But Brok said there aren’t any trade deals around the world open to financial services, and that the U.K would have to maintain EU standards if it wants to retain something close to the current access it enjoys.

“Canada is the good solution,” Brok said. “But on financial services [the U.K.] must be clear that they can’t have totally equal treatment as they have until now, without keeping the standards of the EU on financial services.” His comments closely echo Merkel’s consistent line that Britain cannot enjoy the same EU benefits after Brexit. They also chime with the EU’s chief Brexit negotiator Michel Barnier, who said before Christmas that financial services would be excluded from a Brexit trade deal.

Brok also struck a pessimistic tone on the issue of the Northern Irish border, saying a special status with “different standards” between Northern Ireland and the rest of the U.K. would be inevitable in the long run in order to maintain regulatory alignment with the Republic of Ireland. That is something the Democratic Unionist Party, whose MPs prop up Theresa May’s government in Westminster, has deemed unacceptable.

“I have no solution. There is commitment but how to reach that commitment?” Brok said, referring to the agreement reached before Christmas in which both sides pledged to avoid a hard border. That agreement produced a judgement of sufficient progress on the issue from EU leaders and a green light for Phase 2 of the Brexit talks. “It means the British must have this type of status for Northern Ireland that doesn’t create complications, that they are not in our internal market anymore. That means perhaps that they have different economic status or something like that,” Brok said.

“If they fulfill the same standards in Northern Ireland as you need it for the internal market, then it’s possible,” he added.

Brok said that negotiations about the U.K.’s future relationship with the EU were so complex they would have to carry on into a transition period after the official exit date in March 2019. “The transition period has to be invented in all proper time for completing the negotiations about the future relationship,” he said. That is something that Davis has said he wanted to avoid because it would put the U.K. in a poor negotiating position. 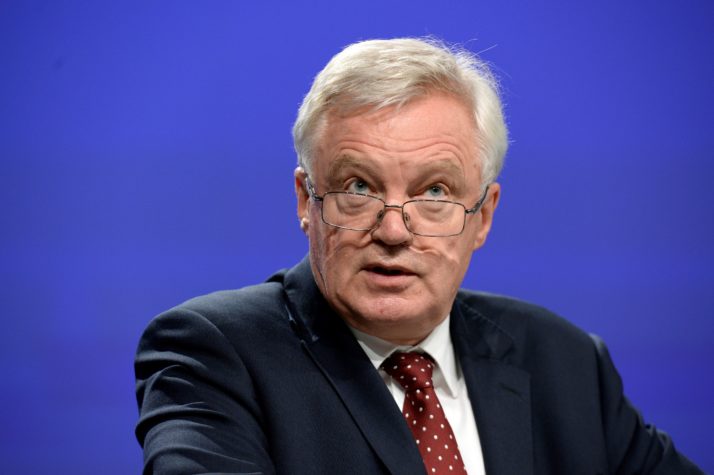 A spokesperson for the U.K. government said: “The EU has said they will offer their most ambitious free-trade approach. We are confident of negotiating a deep and special economic partnership that includes a good deal for financial services — that will be in the EU’s best interests, as well as ours.”

“This represents a clear commitment to ensuring the same access for Northern Ireland’s businesses to the whole of the U.K. internal market,” the spokesperson said.

This story has been updated with a comment from a U.K. government spokesperson.